Meal Prep Hacks that Will Simplify Your Life

Meal prep is one of the most important things you can do to eat more nourishing, healthy, real food. 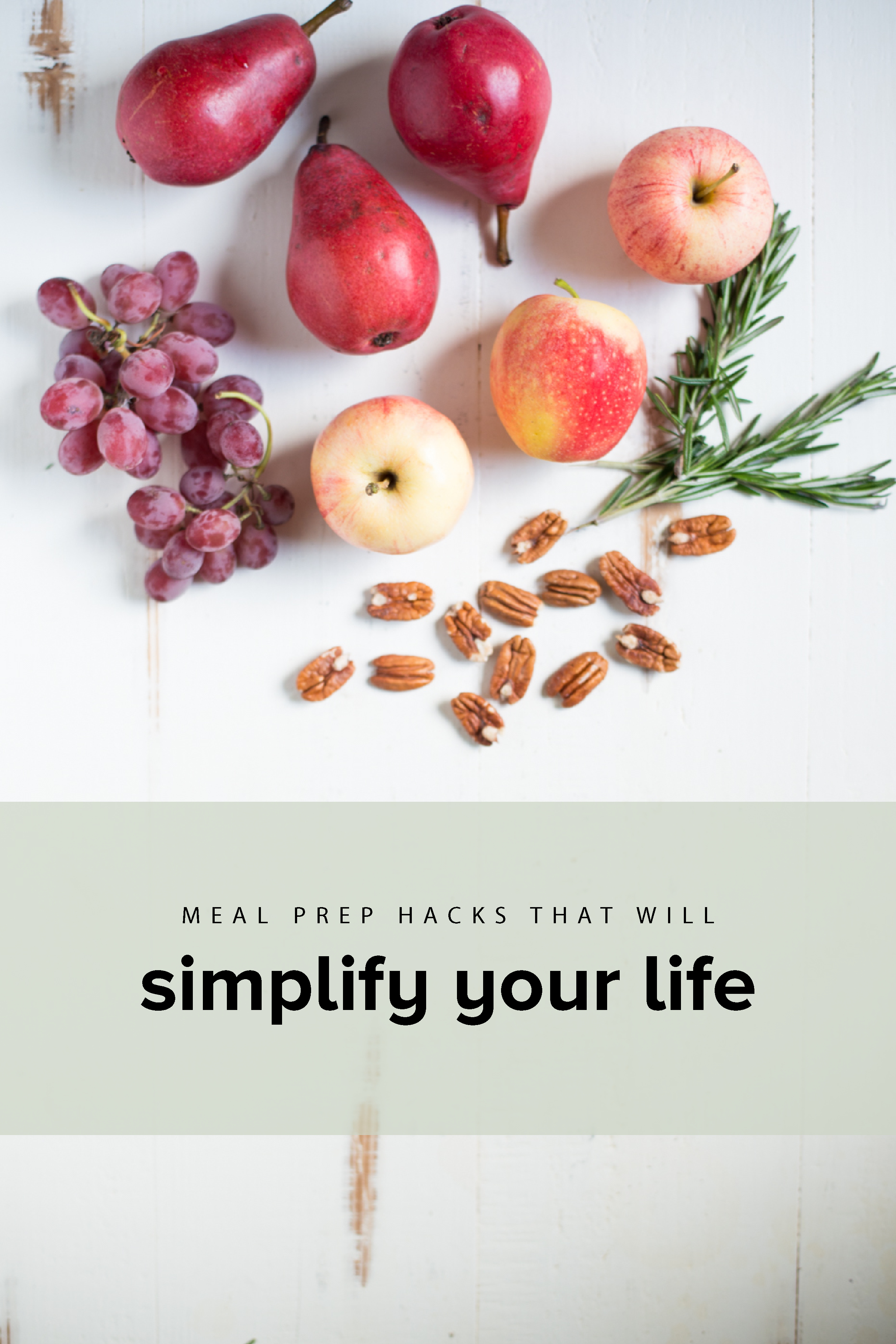 It’s a keystone habit: one thing that makes a big difference, causing a ripple effect across your day, your week, and eventually your life.

But the thing is, traditional meal prep can feel overwhelming, daunting, and downright tedious.

We fall into the trap of thinking it has be complicated, time-consuming, and take hours upon hours of slaving away in the kitchen.

The good news? It doesn’t have to be that way.

Adding a little intentionality to your meal prep, and approaching the process incrementally will allow you to find more ease and efficiency.

And when you simplify, the whole thing just becomes easier.

Be sure to grab the free cheatsheet below, then read on for 6 essential meal prep hacks that will simplify the process.

As is in starting with one thing and building from there.

Roast a batch of veggies. Make lunch for the week.

Start with one, and build momentum from there.

Try It: Roast a batch of veggies or make lunch for the week.

Instead of looking to carve out an hour (or several), try prepping a little as you go.

Boil some eggs alongside your tea kettle.

Make a double batch of pulled chicken for dinner, then use leftovers for another meal later in the week.

Try It: Make a double batch of pulled chicken.

Here’s the thing: having a flexible plan for the week, or a meal map, will help you prep with purpose.

Making sure you have the right groceries on hand is half the battle, so map out your week before heading to the store, and then prep a little to give your meals a much-needed jumpstart.

Thing of your meals in terms of the Essential Six: protein, sauce, cooked veggies, raw veggies, grains/bases, and toppings/extras.

Combining these six parts allows you endless variety, plus a chance to prep just one part. Make a big batch of base/grains, cook up some protein, or stir up a sauce or two.

Try It: Make a big batch of base/grains, cook up some protein, or stir up a sauce or two.

Let that slow cooker or pressure cooker work for you.

Throw in some beans or protein, hit start and walk away.

With very little work you’ll have a couple of proteins prepped for the week.

Try It: Prepare some slow cooker beans or protein this week.

Hey, we don’t have to reinvent the wheel every single week.

Have a go-to make ahead breakfast you love?

Or a hearty salad the sustains you through the day?

Yes, variety is great, but so is ease.

Bonus points: create a corresponding grocery list that goes alongside, so you’ll always know what to buy and have what you need on hand.

Try It: Find a breakfast or hearty salad and prep it every week.

pin this image to save meal prep hacks that will simplify your life for later! 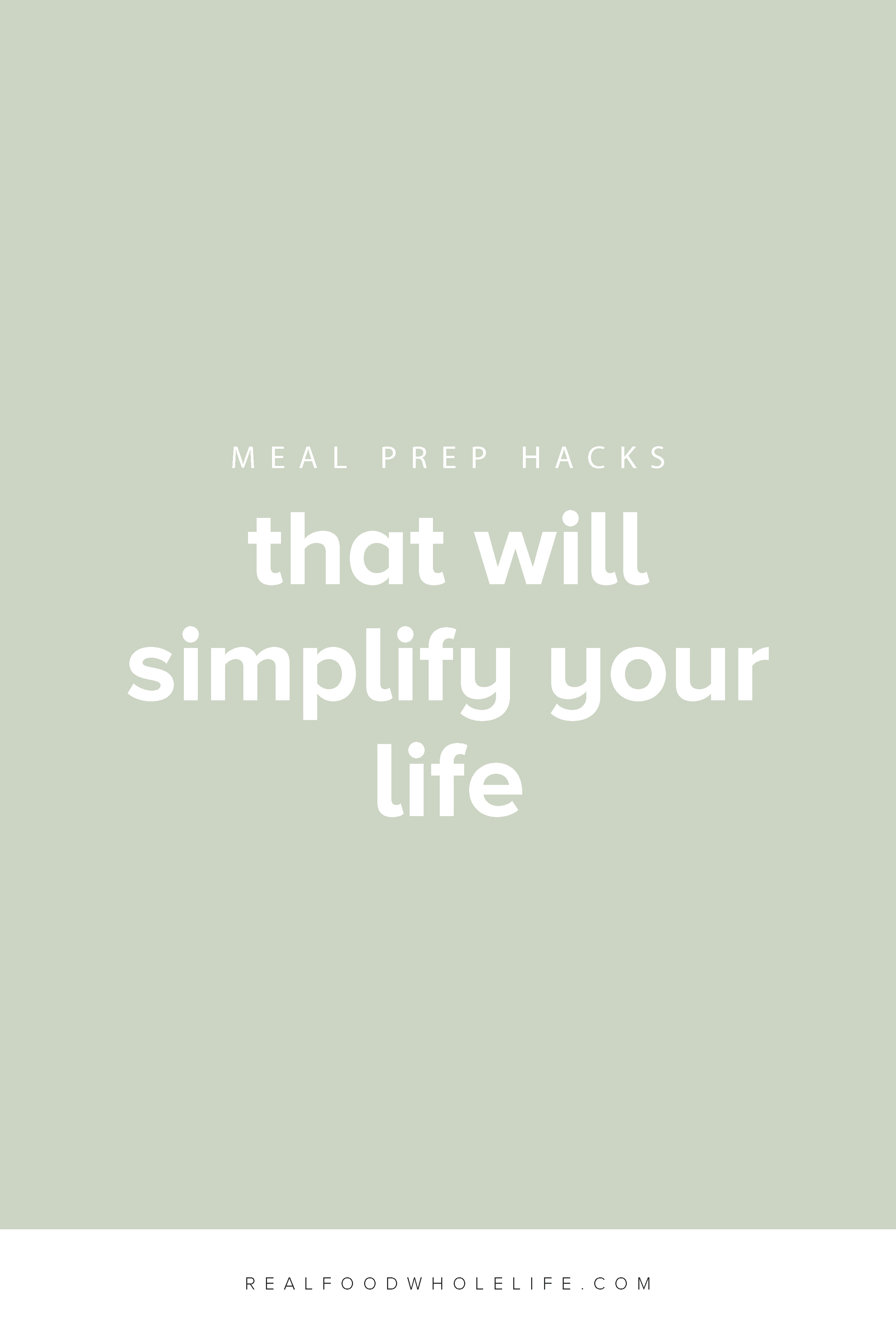 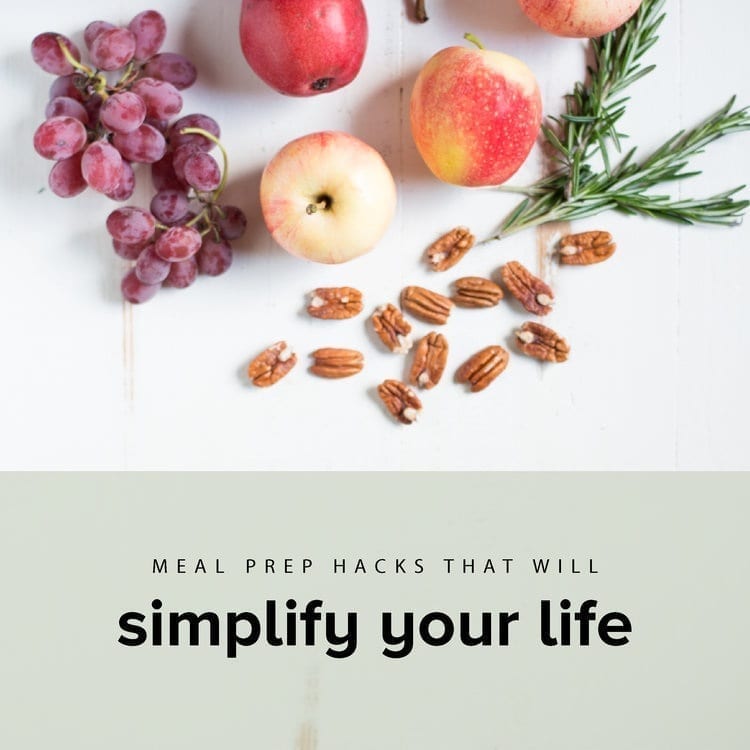 Meal Prep Hacks that Will Simplify Your Life 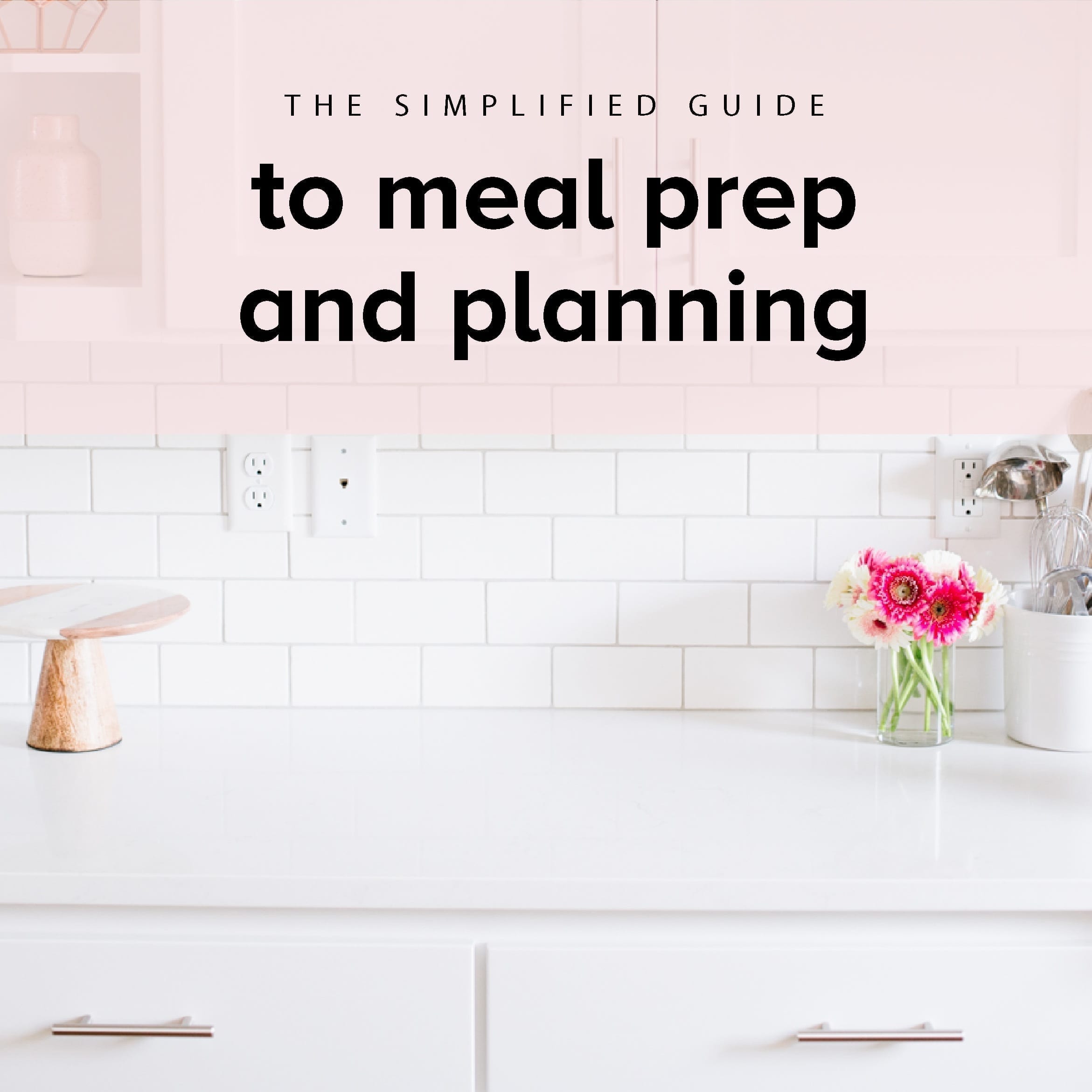 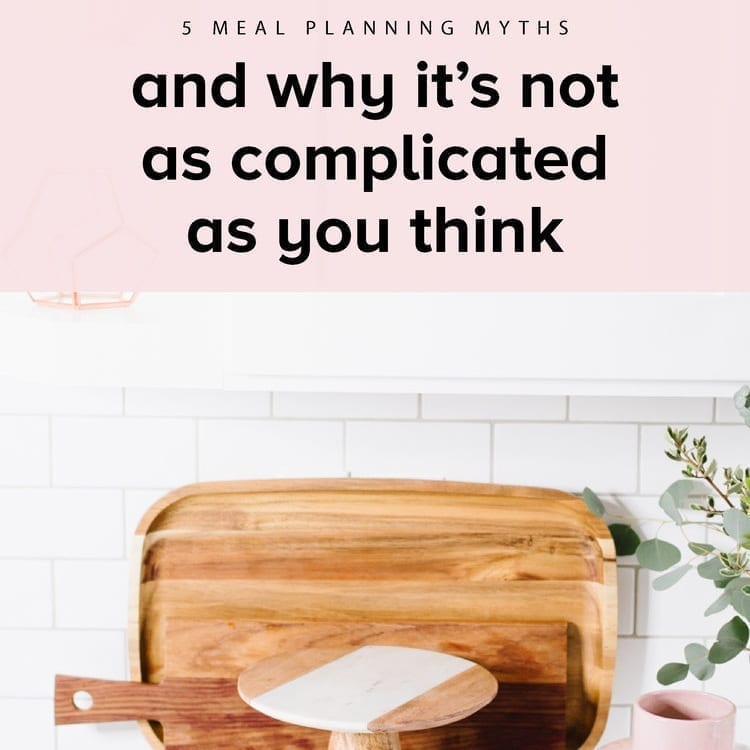 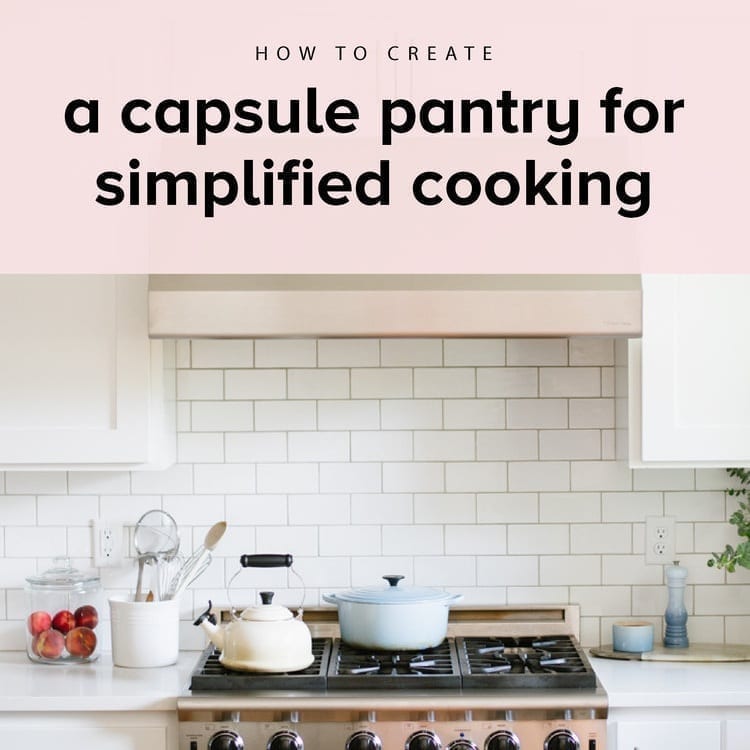 How to Create a Capsule Pantry for Simplified Cooking 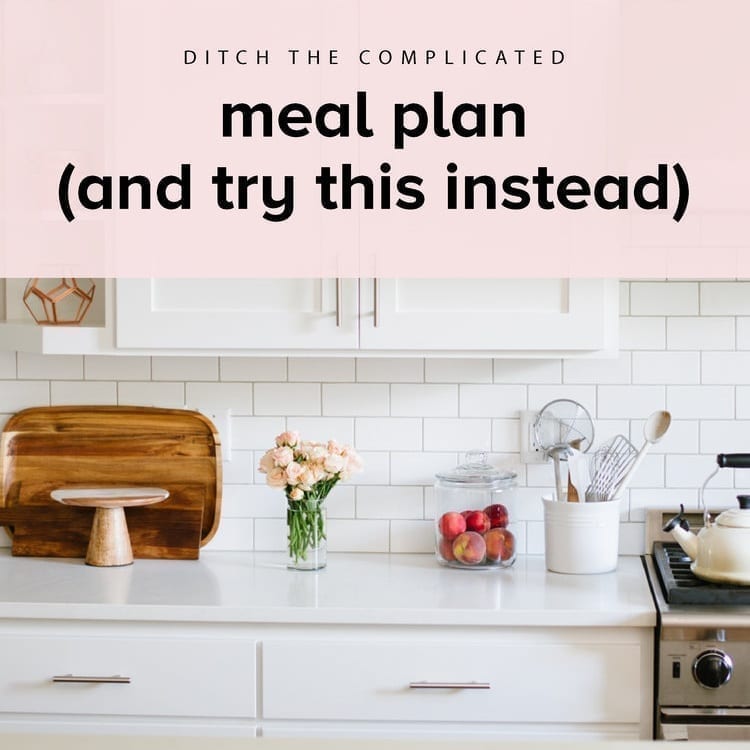 Ditch the Complicated Meal Plan (and try this instead)