Do you want to make good habits really stick? 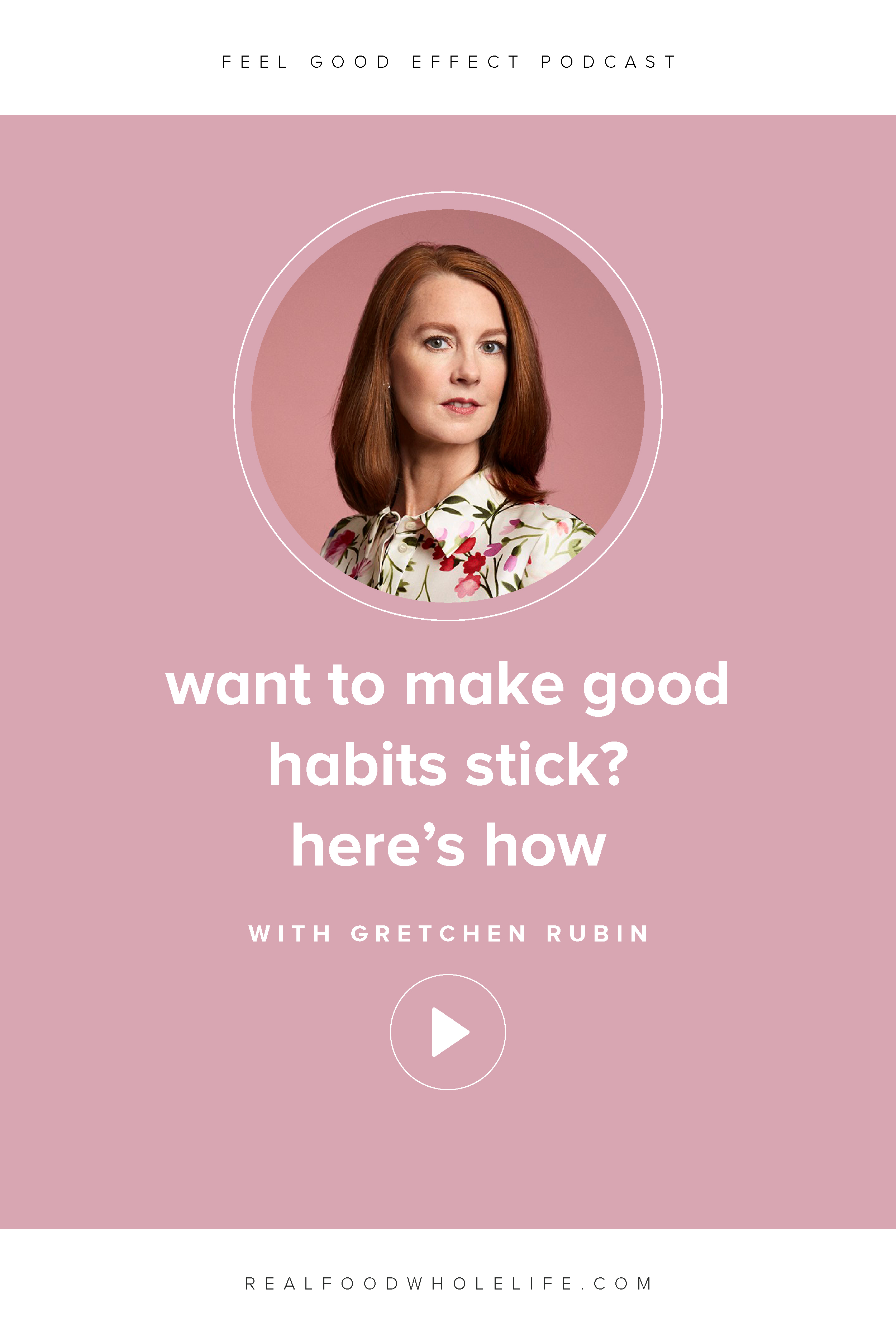 For habits that stick, we’re going to one of the experts, Gretchen Rubin, who happens to be one of the most influential writers on the subjects of habits, happiness, and human nature.

This is part three of our summer masterclass five tiny habits that will change your life.

Do you want to make good habits really stick?

This is part three of our summer masterclass five tiny habits that will change your life.

Make sure to grab the cheatsheet so you can follow along.

For habits that stick, we’re going to one of the experts, Gretchen Rubin, who happens to be one of the most influential writers on the subjects of habits, happiness, and human nature.

On how she left a successful law career for writing:

Gretchen became seized with an idea one day, while working for Justice O’Connor looking at the Capitol dome against the blue sky, wondering, “what am I interested in that everyone in the world is interested in?”

She became interested and started doing research on it, soon realizing that it was at the level of research people who write books do, and that people write books for a living.

And she realized, “I would rather fail as a writer than succeed as a lawyer, so I need to try”.

So she started her new adventure, writing about human nature.

It took Gretchen 10 years to become an overnight success– her bestseller, The Happiness Project, is actually her fifth book.

Her earlier books didn’t receive as much public attention, but the ones following The Happiness Project continued to receive attention at a much larger scale.

And she loved writing all of them.

“Enjoy the process for what it is”.

On the origin of The Happiness Project:

Gretchen got her idea for The Happiness Project while sitting on a bus on a rainy day during a moment for reflection.

She thought, “what do I want from life, anyway?” and realized that she wanted to be happy, something she just never thought about.

So she thought, “I should have a happiness project”.

It was such a rich, vast subject that got her excited for all the things she wanted to do, including making it her next book project.

In setting up The Happiness Project, Gretchen considered what the ordinary person could control, on an ordinary day, as part of regular life.

It’s about what you can actually control and actually do; the very practical things you can do to make yourself happier, healthier, more productive, and more creative.

On what it means to “Be Gretchen”:

You, of course, have to substitute your own name.

“The only way we can build a happy, creative, healthy, efficient life is on the foundation of our own nature, our own values, our own interests, our own temperament. There is no magic one-size-fits-all solution”. 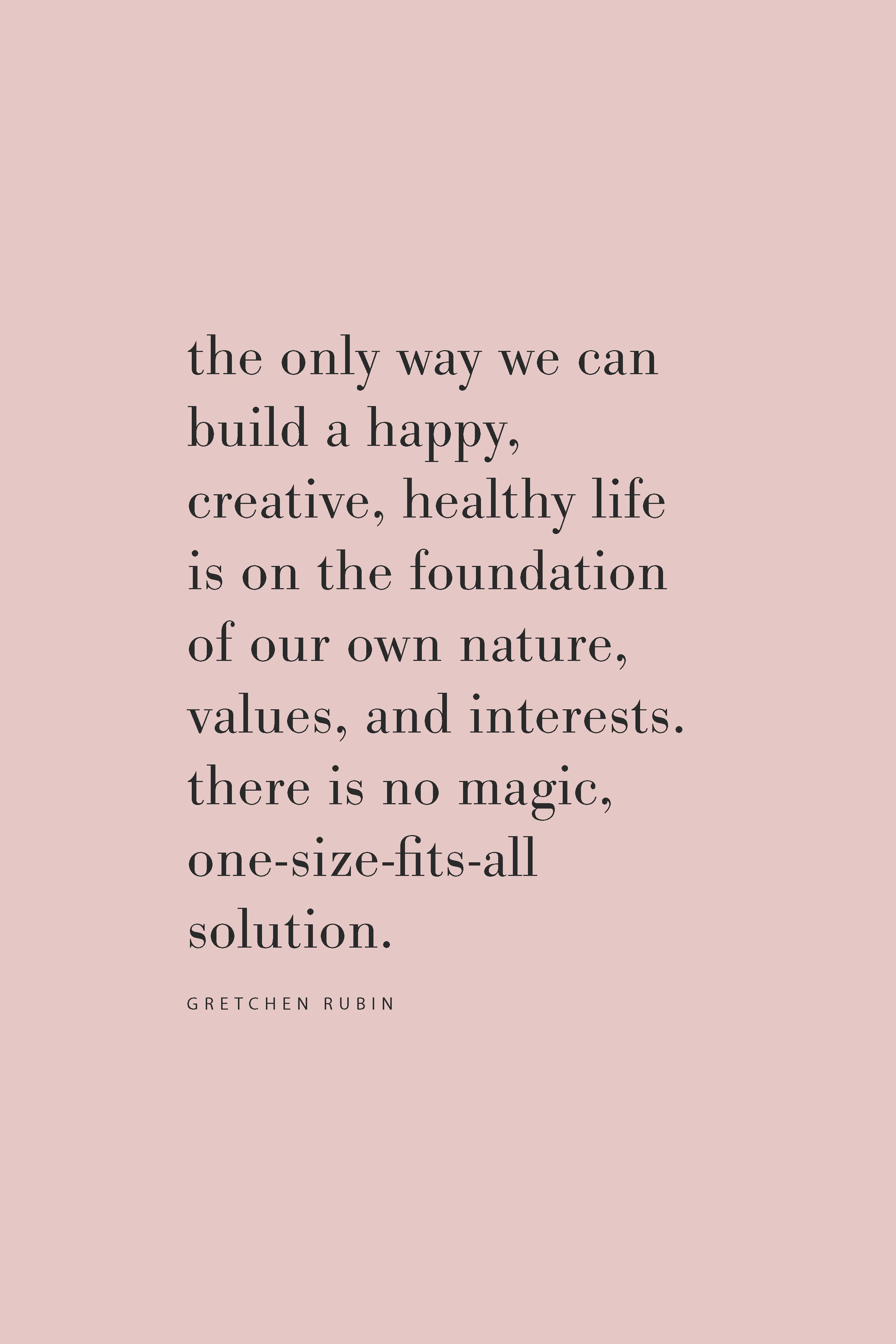 As people, we are mostly alike, but our differences are so important.

If you look at health interventions and diet programs, there is an underlying assumption that there is one right way or best way to do something.

But it doesn’t work for everyone.

Sometimes things work, sometimes they don’t, and it’s not your fault.

On why it’s so hard to know yourself:

Gretchen tries to come up with laws of distinctions and vocabulary to describe how people may differ from each other:

Accepting what you actually dislike opens up a whole new world of possibilities and alternatives.

If you’re just beating yourself up, you’re not going to move forward because you haven’t acknowledged that you need to find a different solution.

On The Four Tendencies:

The Four Tendencies is a framework that divides people into four categories: Upholders, Questioners, Obligers, and Rebels.

It has to do with how you respond to expectations.

We experience two types of expectations:

1 | Outer expectations: like a work deadline or request from a friend.

2 | Inner expectations: like your own desire to keep a resolution or eat healthier.

Check out the quiz: The Four Tendencies Quiz

When you know your tendency, you can set things up in a way that’s more likely to help you get where you’re going.

On the challenges and positives of each tendency: 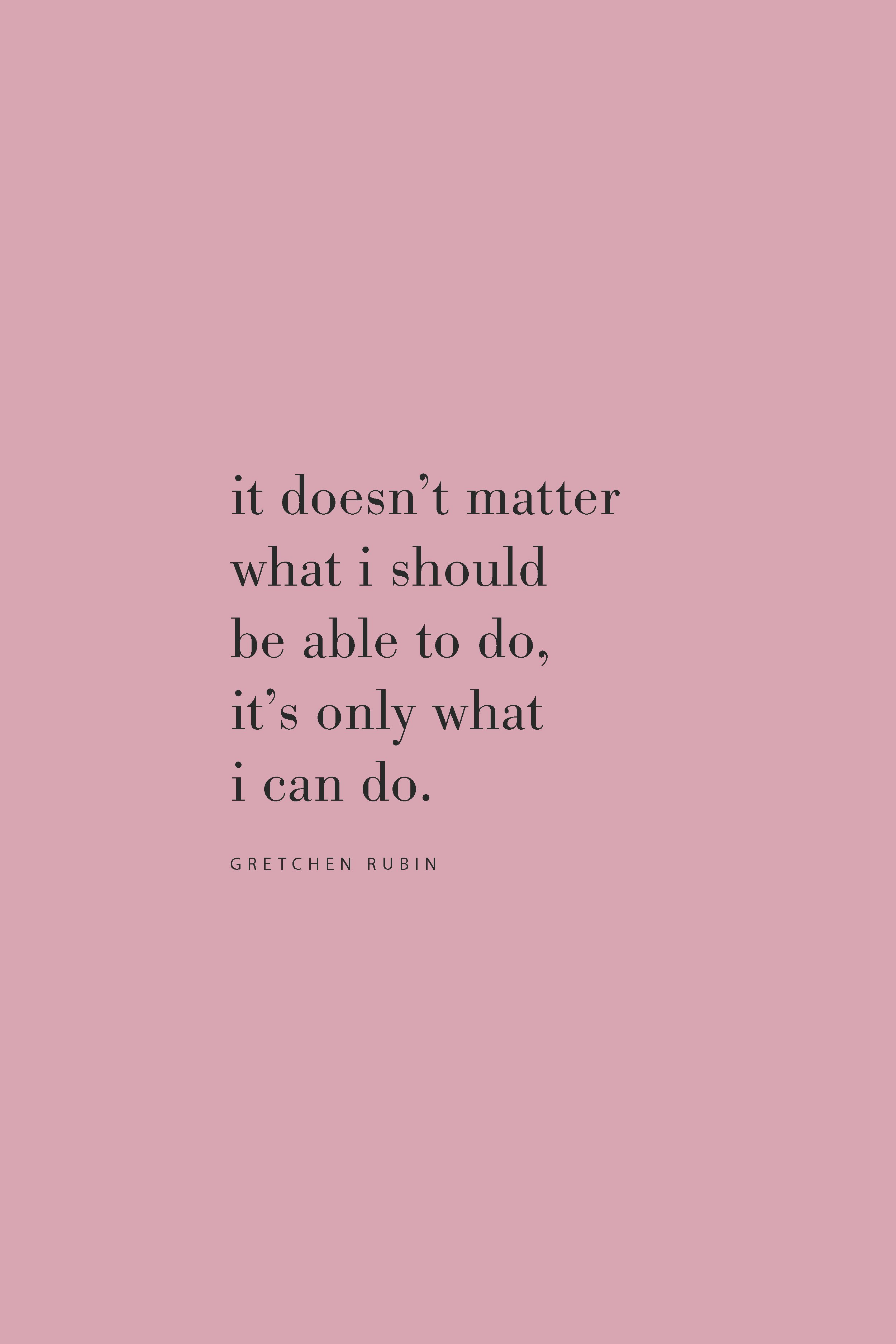 On why September is the new January:

We spend so much time in the school calendar, so for a lot of people, as much as January is a fresh start, September is a time for a clean pad of paper and freshly sharpened pencils.

“There’s something about beginnings that has extra power… It’s always the right time to begin, you don’t need to wait”

It’s good to have opportunities for reflection, what would I do differently? 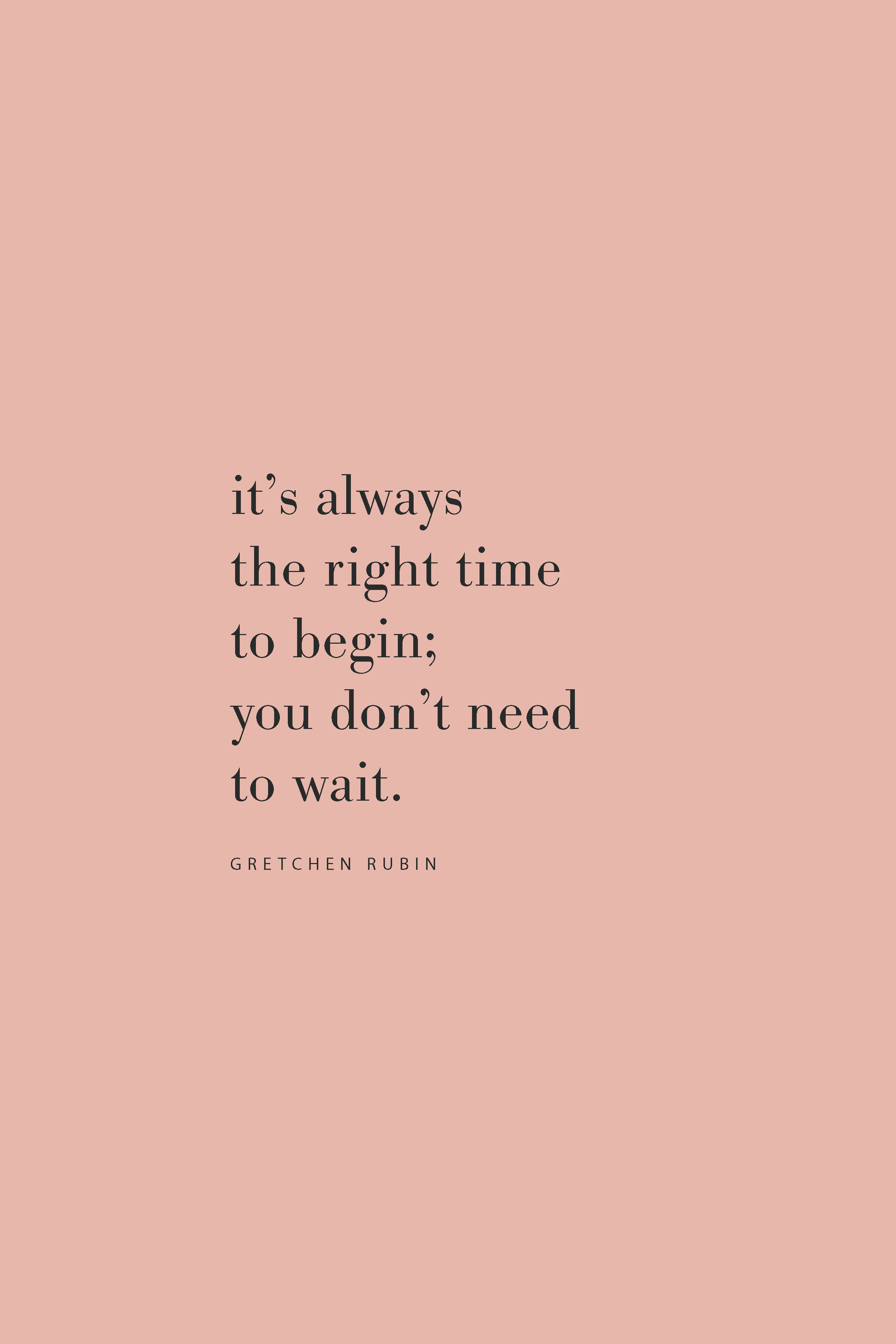 On one little thing:

1 | Figure out what tendency you are.

2 | Pick one thing to do to leverage that tendency.

“How can I leverage this tendency to make it easier?”

Gretchen Rubin is the author of several books, including the block- buster New York Times bestsellers, Better Than Before, The Happiness Project and Happier at Home. She has an enormous readership, both in print and online, and her books have sold more than three million copies worldwide, in more than thirty languages. She makes frequent TV appearances and is in much demand as a speaker. On her weekly podcast Happier with Gretchen Rubin, she discusses good habits and happiness with her sister Elizabeth Craft. Rubin started her career in law and was clerking for Supreme Court Justice Sandra Day O’Connor when she realized she wanted to be a writer. She lives in New York City with her husband and two daughters.

5 Tiny Changes That Will Change Your Life free download & printable

The Happiness Project by Gretchen Rubin

Better Than Before by Gretchen Rubin

The Four Tendencies by Gretchen Rubin

The Happier Podcast with Gretchen Rubin

Paring Down to Create More, with Melissa Coleman

How to Get Unstuck and Simplify, with Ashley Gartland

Comments Off on Want to Make Good Habits Stick? Here’s How with Gretchen Rubin Leave a comment »

« Previous PostWant to Find What You’re Passionate About? Here’s How with Karen Walrond
Next Post » Want to (Finally) Finish What You Start? Here’s How, with Jon Acuff