Transformation, Transcendence, and the Beautiful No with Sheri Salata

We’re talking transformation, transcendence, and the beautiful no with the former executive producer of the Oprah Winfrey Show, Shari Salata. 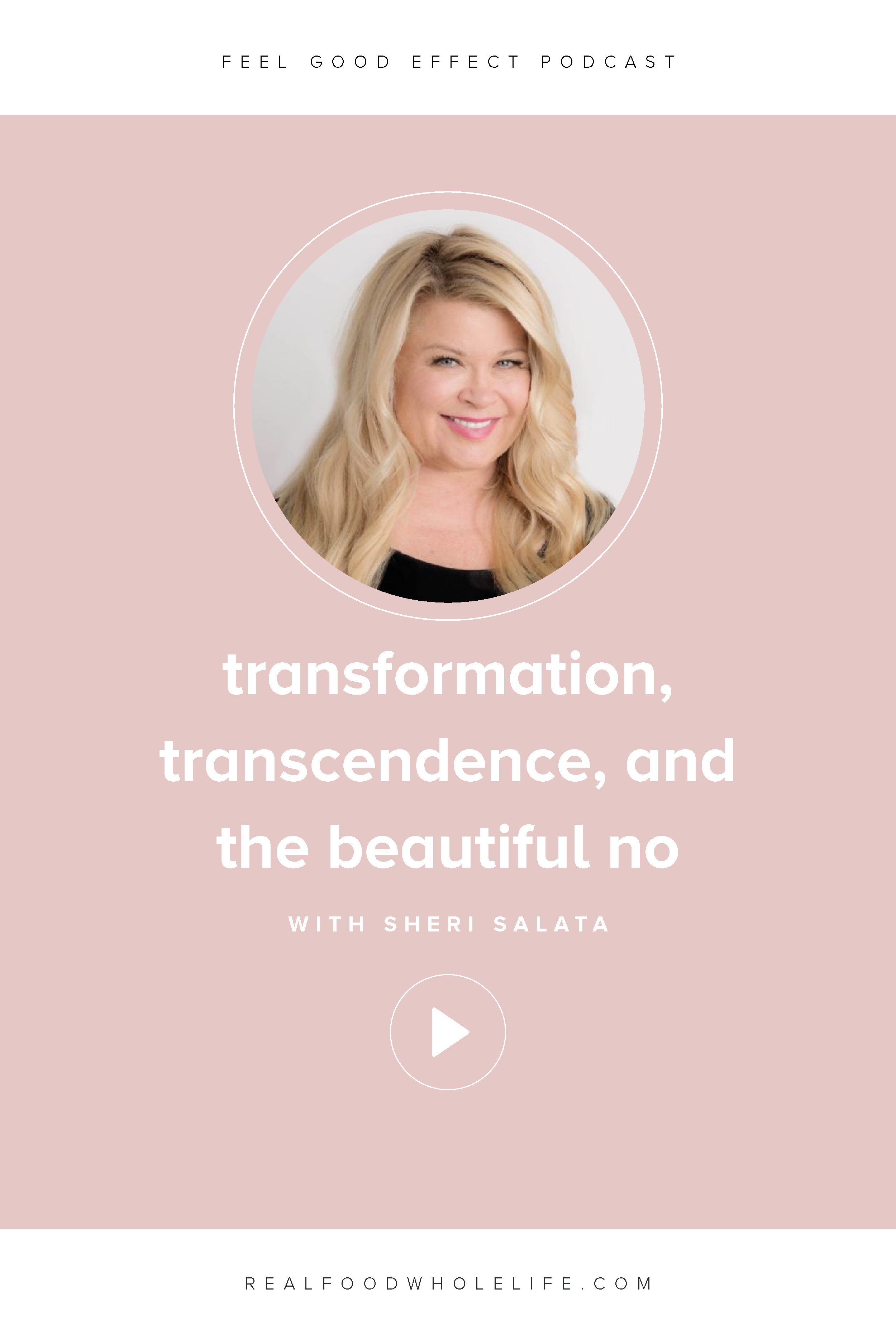 Transformation, Transcendence, and the Beautiful No

In this conversation, we really get into what it means to transform.

We also talk about self-compassion and the role it’s played in Sheri’s transformation, this whole concept of being a producer and applying those ideas to your life, and what exactly a beautiful no is.

When Sheri released her book, even during the writing process she felt vulnerable.

It feels like other times in her life when she’s been afraid to do something but done it anyway and she’s able to look back and be glad that she summoned the courage.

On what it requires to transform:

For many of us, we get off track when we take our eye off the prize, which is our own evolution, growth, and elevation, and we just start talking about it instead of focusing on the transforming we need to continue to do all the time.

Sheri saw this in her former life, how she was sincere in her producing of transformation and in her personal desire to transform, but she didn’t take it to a personal level where it would have meant focusing on making the transformation work in her own life.

It’s this thing where we become know-it-alls on what everyone else should be doing, yet we’ve completely taken our eye off of our own lives and what we need to be doing.

Transformation takes such personal truth and being really honest with yourself in a tender, compassionate way.

It’s different for everyone, but we just need to remind ourselves of what it takes.

It takes the willingness to stay on top of it as the number one priority of your life.

On the layers of transformation:

Most of us are very unaware of the tone and language of the voice inside our heads.

We’re unaware, yet it’s deeply impacting and affecting us.

For most of us, for long stretches of time, that voice is harsh and critical.

When you start to pay attention to it, you realize that you wouldn’t use that voice with any other person in the world, yet, it is the voice that has been laying the foundation for how you feel about yourself and creating the capacity (or incapacity) to love yourself.

When Sheri started paying attention to that voice a few years ago, she was shocked by her own self-cruelty.

The first step is thanking that voice for its spotty service, and enlisting our most tender, compassionate voice and lens, and using that for ourselves.

For Sheri, it’s the voice she speaks to puppies in, or to babies in, or to someone she cares about who is suffering and who she wants to remind of their goodness.

It requires a lot of focus to make that shift.

On what it would have been like for Sheri to be self-compassionate earlier:

Even though she knew about it, having as much or more information as anyone on the planet about how to move through the world in a more joyful and self-compassionate way, she didn’t.

Not only were those years at the peak of her career amazing, incredible, and deeply expansive, but they could have been so much more joyful, and that’s the difference.

She had practices to handle the stress that needed to be replaced with something else.

Soon enough, all of the practices that were about her own radical self-care were last on the list because she had to hold the world up with her two hands– this is often the story she told herself and what it felt like in her body.

“It was a false story that perpetuated an ability to go unconscious about the quality and the care of my own life and wellbeing.”

On the role of story in transformation:

Somebody who feels buried with debt, disappointment, heartache, or illness will scoff at that at first because it feels like that won’t change anything in their life.

Those stories are creating outcomes as well.

Sometimes the easiest way to start is just sitting with yourself and saying, “what is the story I wish I was living in my life?”.

Just by starting to tell a new story, all of a sudden, your energy shifts; it is the magic of this life at this time on this planet.

“As long as we’re breathing, it’s never too late”. 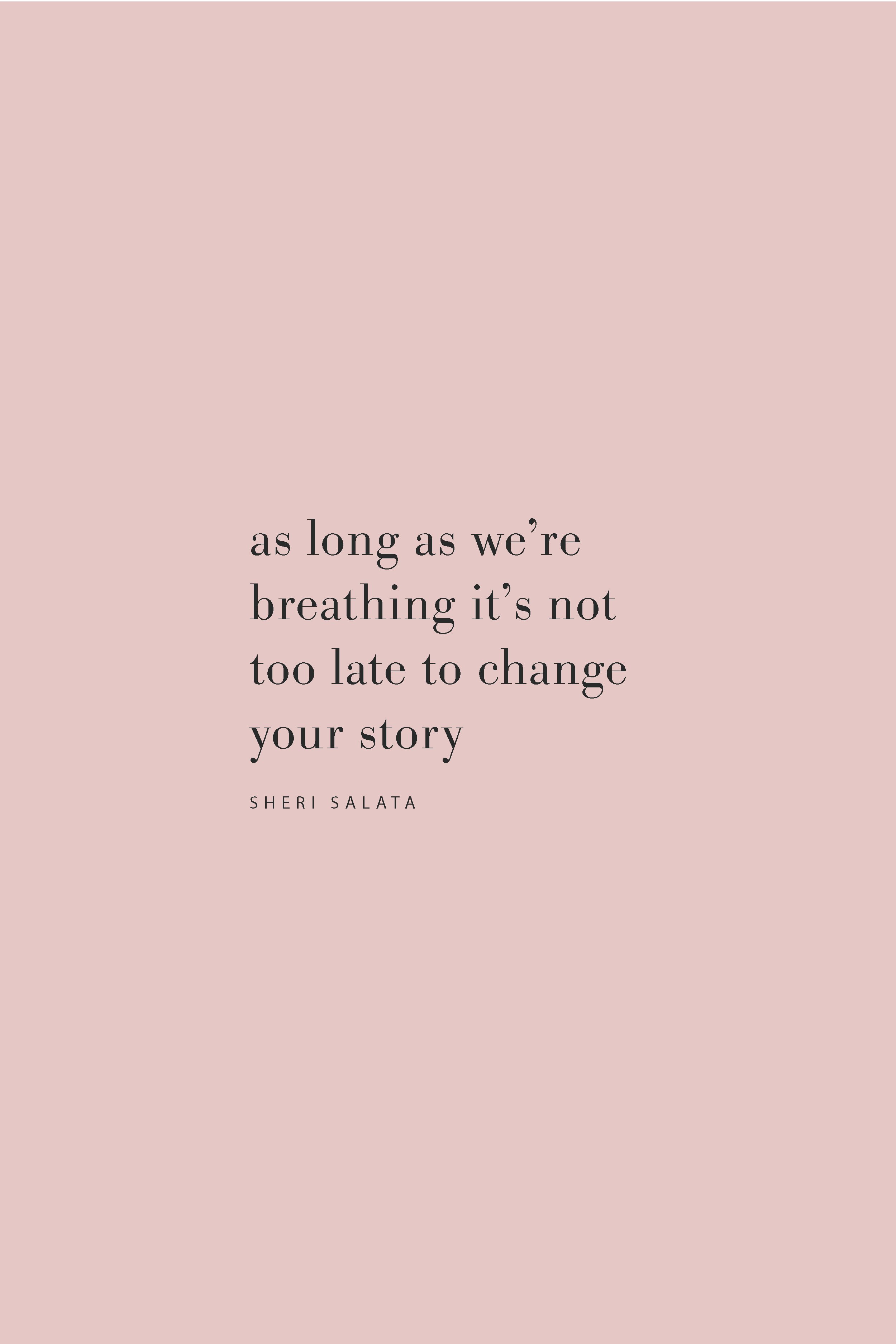 If you wake up and open your eyes and you’re given another day, it’s another chance to choose again.

The question to ask ourselves: “Do we believe it’s ever too late to live the life of your dreams? And if not now, when?”

On being a producer:

Sheri is still, and really always has been, a producer.

The difference is that she was always a staff worker, producing for someone else, but now she is using her producing skills in service of her own creative vision and her own projects.

It’s given her a new perspective and a new jolt of energy.

At the end of the day, the producer is the one who is invested in the vision and who harnesses the people and the resources to make the vision come to life.

It requires a vision, an idea that has to be brought into reality.

For someone who wants more but struggles to create a vision:

One of the ways that Sheri and her podcast co-host, Nancy, created a vision was by looking at their lives as a landscape (or a “lifescape”) and then naming the areas of life that meant the most to them.

They came up with eight, and they both did a reckoning by going through each of those areas and asking themselves what they had created so far.

It’s just to get an idea of where you’re starting from.

And then going through each area, ask, “if there were no limits to anything, what would be my dream?”

You’ve got to have some dreams, you have to get your hope fires burning.

You have to remind yourself that this is a magical life and you can tap back into the magic with your enthusiasm, excitement, and daydreaming about what you really want for yourself.

This process is happening all the time– check-in with yourself to see how you’re feeling and see if you need to change the story because it isn’t one and done.

Everyone’s recipe for the life of their dreams is different 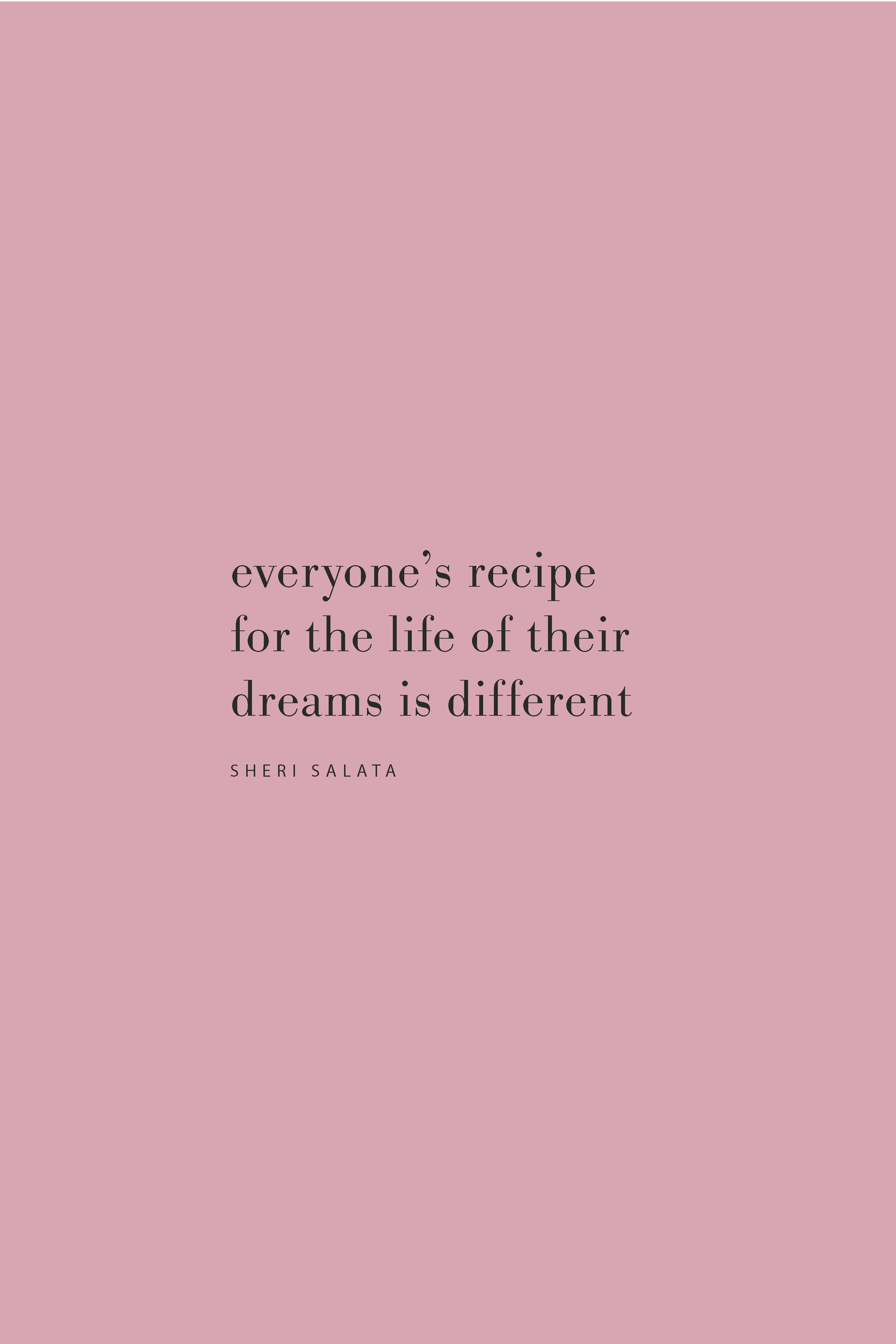 We’re out to be sampling things in the world, which is why taking someone else’s program and making it yours rarely sticks; there might be a piece of it that fits, but not the whole thing.

“You’re supposed to be the capital E expert on you, the capital C curator of your own experience.”

When you really take a serious, unvarnished, loving look at your life, you’re just making choices.

But the problem is, these choices might not be leading you to the life of your dreams.

“No possible good can come from comparing yourself to someone else.”

The only thing you want to compare is yourself to yourself: Am I more focused? Am I loving myself more than I used to?

The only life that you really know is your own.

On a beautiful no:

The beautiful no is actually the long and twisting heartbreaking road that brought Sheri to an entry-level position at the Oprah Winfrey Show at age 35.

Before getting there, Sheri was desperate for a job and didn’t know what was going to come next.

After she didn’t get a position with promising security, but she received an offer from the Oprah Winfrey Show as a freelancer, she realized if she hadn’t been turned away from the first job, she would have chosen security over a chance to live her dream, which turned out to the opportunity that changed everything for her.

Looking back, that “no” was beautiful, and now she looks for it in other people’s lives. 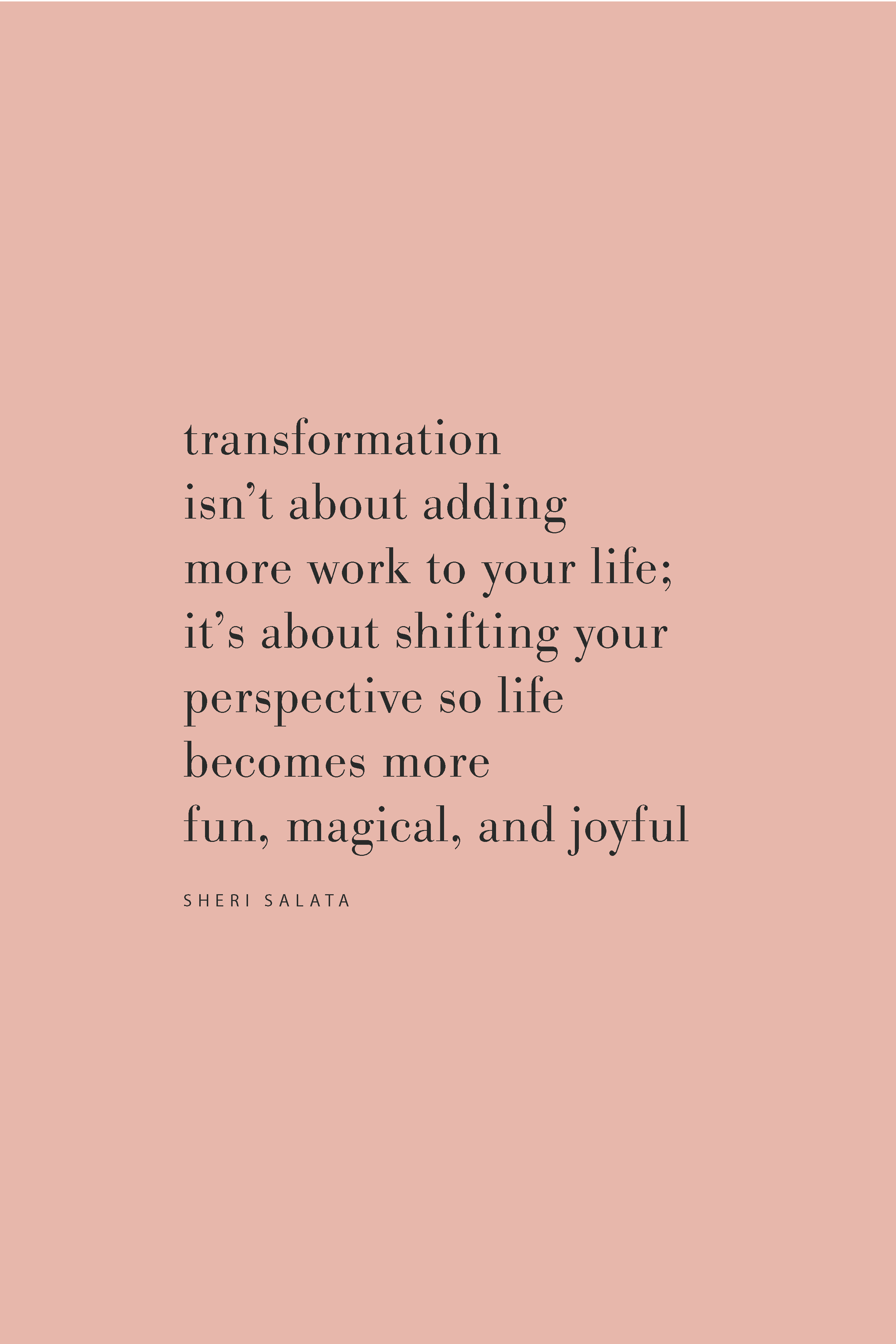 Transformation isn’t about adding more work to your life, it’s about shifting your perspective so life becomes more fun, magical, and joyful.

“Don’t let perfect be the enemy of good.” 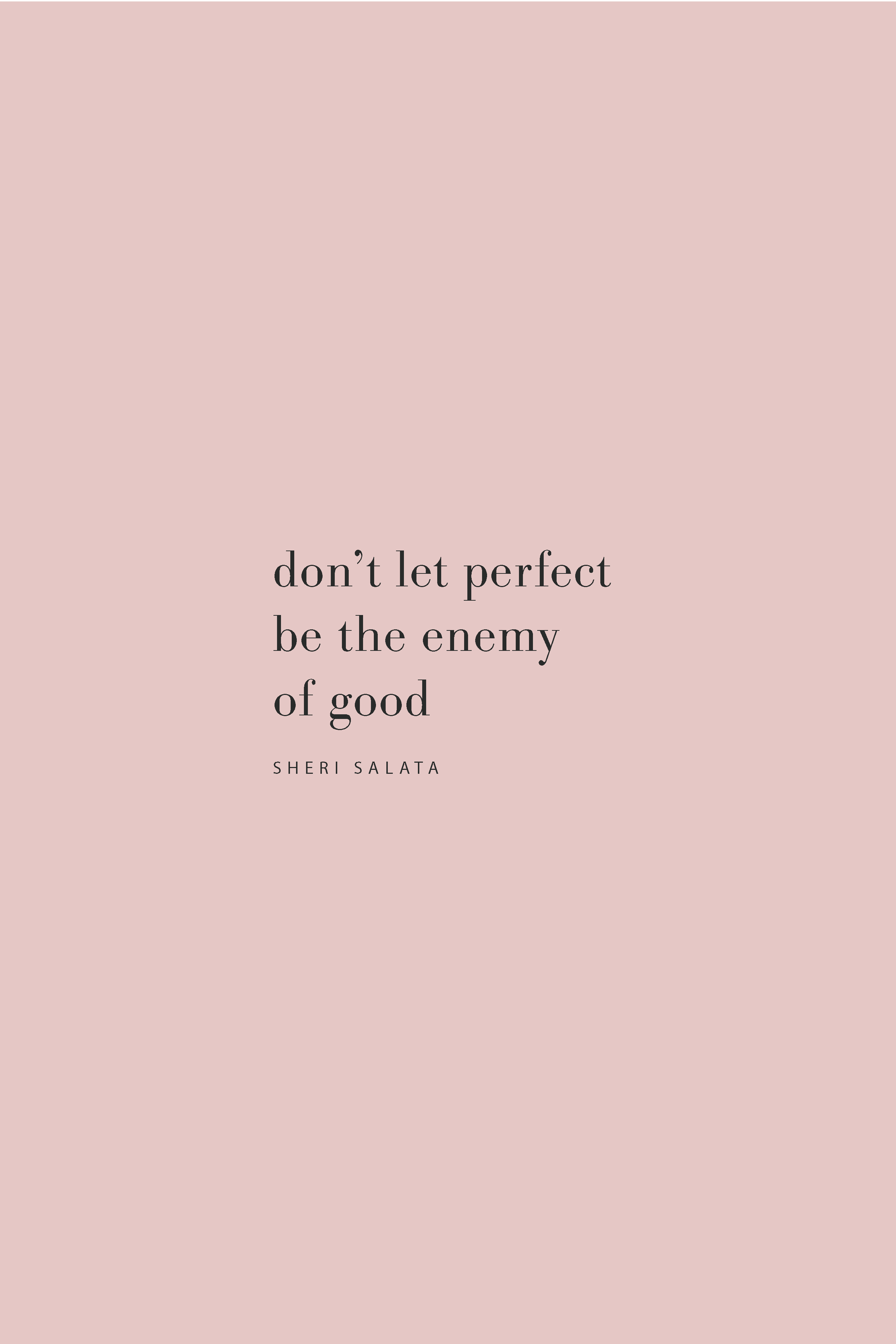 “To be healthy is to be conscious… and the commitment to the ever-evolving becoming of being the most trustworthy steward of my own wellbeing.”

Sheri Salata is a writer/producer, co founder of thepillarlife.com and co host of the podcast The Sheri + Nancy Show. Her current ventures are the evolution of her 20-year career with Oprah Winfrey. Her action-packed days as Executive Producer of The Oprah Winfrey Show were chronicled in the acclaimed docuseries Season 25: Oprah Behind the Scenes. Sheri also served as Co-President of Harpo Studios and OWN, the Oprah Winfrey Network. She has been named one of Fast Company’s 100 Most Creative People in Business, The Hollywood Reporter’s Women in Entertainment Power 100 and the 2017 Feminist Press Power Award winners. Sheri is a proud Iowa Hawkeye.