Apple
Podcasts
Spotify
Podcasts
Stitcher
Podcasts
Google
Podcasts
Home » Podcasts » Episodes 101-200 » The Likeability Trap: How to Care Less About What Other People Think and Show Up as Authentically Yourself with Alicia Menendez

The Likeability Trap: How to Care Less About What Other People Think and Show Up as Authentically Yourself with Alicia Menendez

Do you ever get sidetracked, worrying what other people think about you? 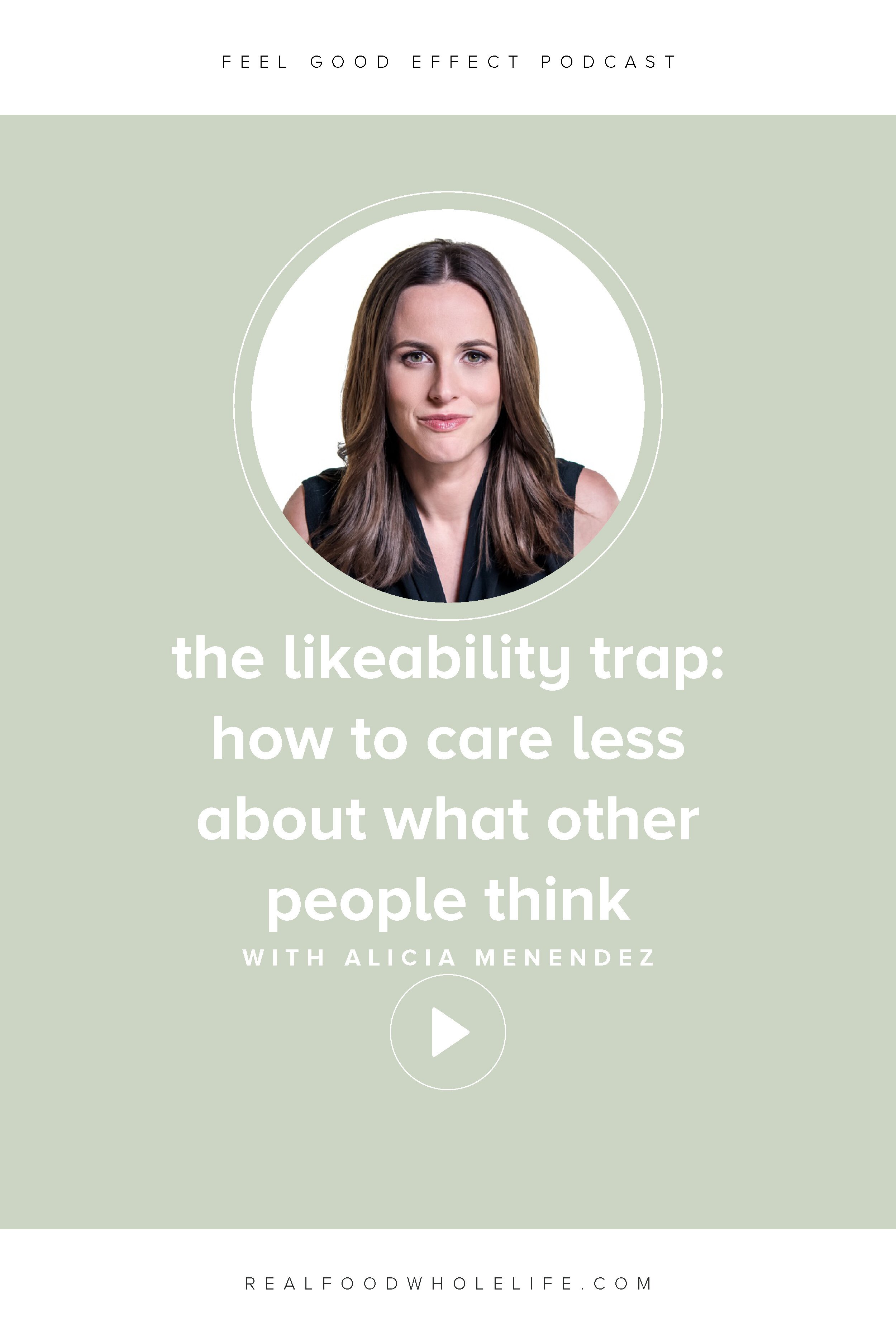 In this episode, we’re talking with Alicia Menendez about how to avoid the likeability trap, how to care less about what other people think, and how to show up as authentically yourself.

Alicia’s work is such a beautiful representation of the big picture of what it means to be healthy.

Being able to move past this idea of likeability and into the actionable mindset shifts, strategies, and behavior changes that Alicia talks about in this episode are key.

After two additional years of research on the wellness mindset blocks, we are so excited to present the updated wellness personality quiz: check out the Feel Good Effect Archetype Quiz here!

On what led Alicia to write The Likeability Trap:

Alicia cares a lot about what other people think of her.

She cares a lot about other people, but at the same time, she was socialized to care what other people think about her, like many women.

She started to notice a pattern of worrying about how the things she needed to do as a leader would make her less likable.

What she learned in doing research for her book was that even fierce women who seem like they’re fully themselves often pay a price for being themselves, especially at work and especially if they’re very ambitious.

Alicia wanted to learn more about why this is and why just learning to care less wasn’t the easy answer that she wanted it to be.

“Learning to let go, learning to undo, learning to break up patterns in your thinking is a very active process that takes much more time than we are honest about.” 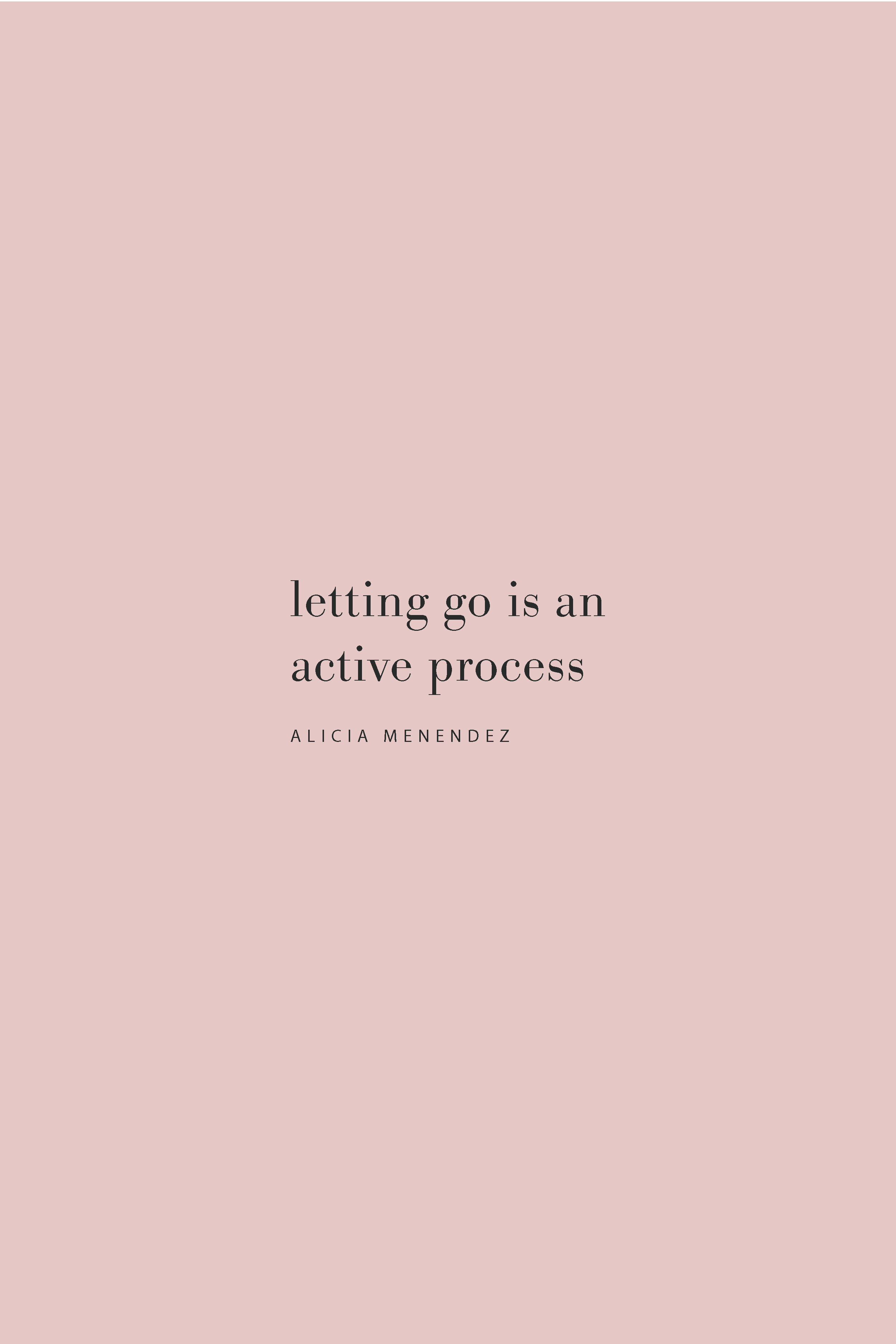 Alicia has had to cultivate a practice of catching herself midthought, shifting the focus and replacing the questions that she naturally asks herself. 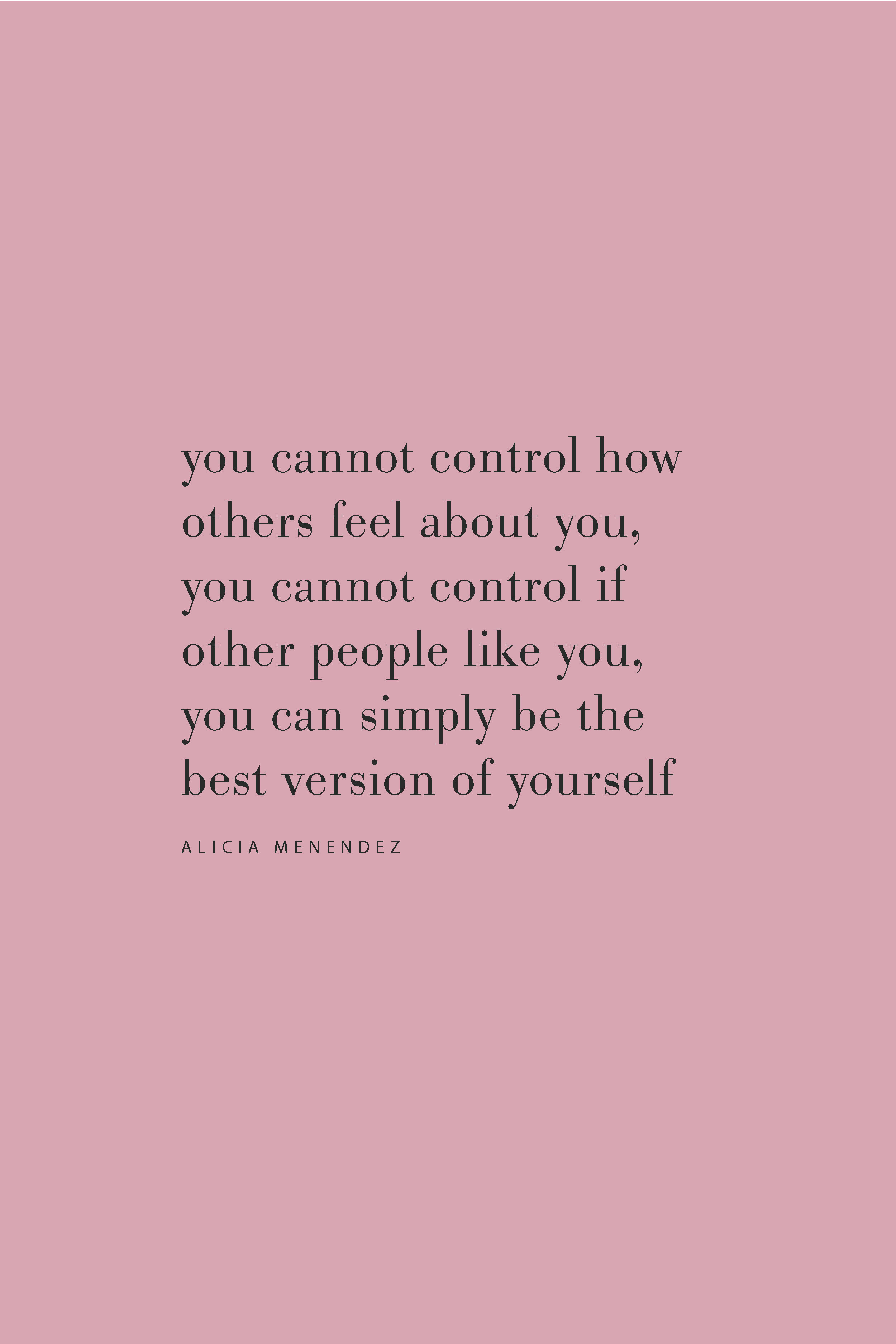 This functions everywhere that group norms and majority culture are present.

If you are in the minority, you often have to find ways to perform in order to be accepted into that culture.

The longer you’ve spent doing that, the harder it can be to reverse into who you really are.

Alicia had leadership skills from a young age, and it was made clear to her that she was bossy and needed to step back because it was unsavory to some people, not because it would make her a better person.

It’s really important that we are specific to people, including children, about the way one’s style is connected to the results, rather than just focusing on the style itself.

The vast majority of feedback that women get at work is critical subjective feedback, meaning that it is focused on someone’s opinion of their style (too aggressive, too weak, too emotional, too indecisive) and not focused enough on their hard skills or on their results.

What we need to do at work is shift away from critical subjective feedback and focus more on outcomes.

There are two types of feedback that women tend to hear most frequently: it’s either that they’re too warm, too sweet, too kind, not really taken seriously, or it’s that they’re too aggressive, too abrasive, too assertive, and they need to tone it down.

It can be context-specific, too, it’s not that someone is uniformly one or the other.

So many of us are living through this in our day to day and feeling the weight of it.

“When you’re living out of alignment of who you are, the psychological damage is significant and that ripples out into your relationships and to your community.”

Goals can look very different in this context, too.

There are compassionate goals and there are self-image goals:

You can have a compassionate goal that doesn’t make you likable in the eyes of the person you’re helping (e.g. helping a family member seek rehabilitation because you believe it is in their best interest, although they may not like you at that moment for it).

Is this goal because I want to be well-liked, or is it really serving the person I’m hoping to influence?

Start by thinking about the kinds of questions that you’re asking.

When it comes down to it, most people know who they are and what they want, the real impediment is a concern about what other people will think.

It’s a good idea to build psychological safety in our relationships at work, where we are mindful of who we are surrounding ourselves with.

The more relationships Alicia has with people who energize and recharge her, the less tolerance she has for spending time with anyone who makes her feel like she needs to perform in some way.

Who am I spending time with? What of that time am I most jazzed about or I leave feeling the best about?

Really shift the energy and time into the relationships that make you feel whole and complete and seen.

When it comes to reading situations, consider: how much am I interpreting and how much is fact?

On how writing has changed Alicia:

What is more terrifying than writing a book about likability and then putting it into the world and having people review it?

The book is structured around the idea of women leading and women at work and some of the most profound changes for Alicia have been that she gets to choose in her personal life and that those choices are really important, the people she surrounds herself with are really important, and she’s allowed to say no.

“When you’re doing things from a place of want instead of a place of should, the outcomes are often much better.”

On the end goal:

It means you can be a man who does quiet work and still be considered an incredible leader. 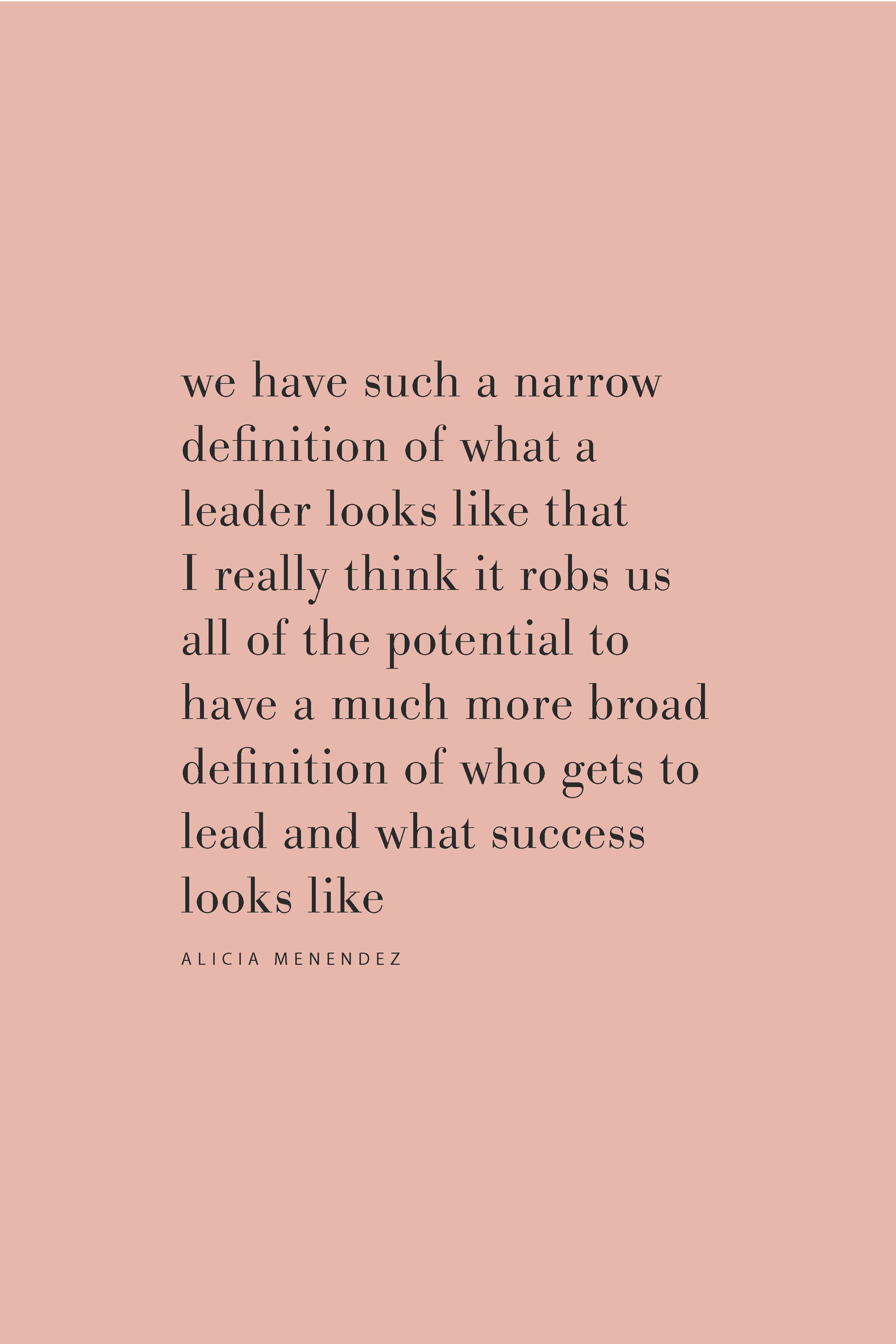 We’re better advocates for others than we are for ourselves.

Small reframes can change the dialogue.

It can be especially powerful with children to be really specific about behaviors and outcomes.

Alicia has a fearless, brave little girl who wants to do things her way, and she also knows that without cultural shifts around what leadership can look like, at some point she will have encouraged her daughter to be this bold, fearless person and the outside world will have different expectations of the way she ought to be

There are external realities that have to be managed and navigated around that present some of the biggest challenges of being a parent and person in the world.

She will run up against other people’s expectations of the way she ought to be and the way that she violates the expectations of girls, and that becomes a secondary thing she will need to contend with.

In a world where we can all be rated, whether that be a book review on Amazon or on Facebook where people can “like” things, we all are rateable in a way that didn’t use to exist.

Robyn can reflect on the impact of this when it comes to her book.

Reading reviews of other authors makes her hesitate to put something out into the world, and that’s something people experience all the time.

Alicia has a support network of people who actually listen to these very real feelings she has in response to feedback.

She also focuses on the fact that as she brings this book into the world, there are already a lot of people who have said they feel seen as a result of her work.

When you get past the perfectly curated Instagram page, most people are wondering if they’re good enough, if the work that they’re doing is good enough.

Knowing that there are other people in the community having the same experience is the first step to feeling like it’s something we can take on and tackle.

For that reason, Alicia is focusing on the people who are getting something from what she has to share.

When we get feedback, often our first instinct is to tense up, when we really should relax and let it wash over us.

There’s something about not being immediately defensive about feedback, knowing that each piece is just a different interpretation.

Don’t let the fear, perfectionism, and wanting to be liked stand in the way from sharing your message. 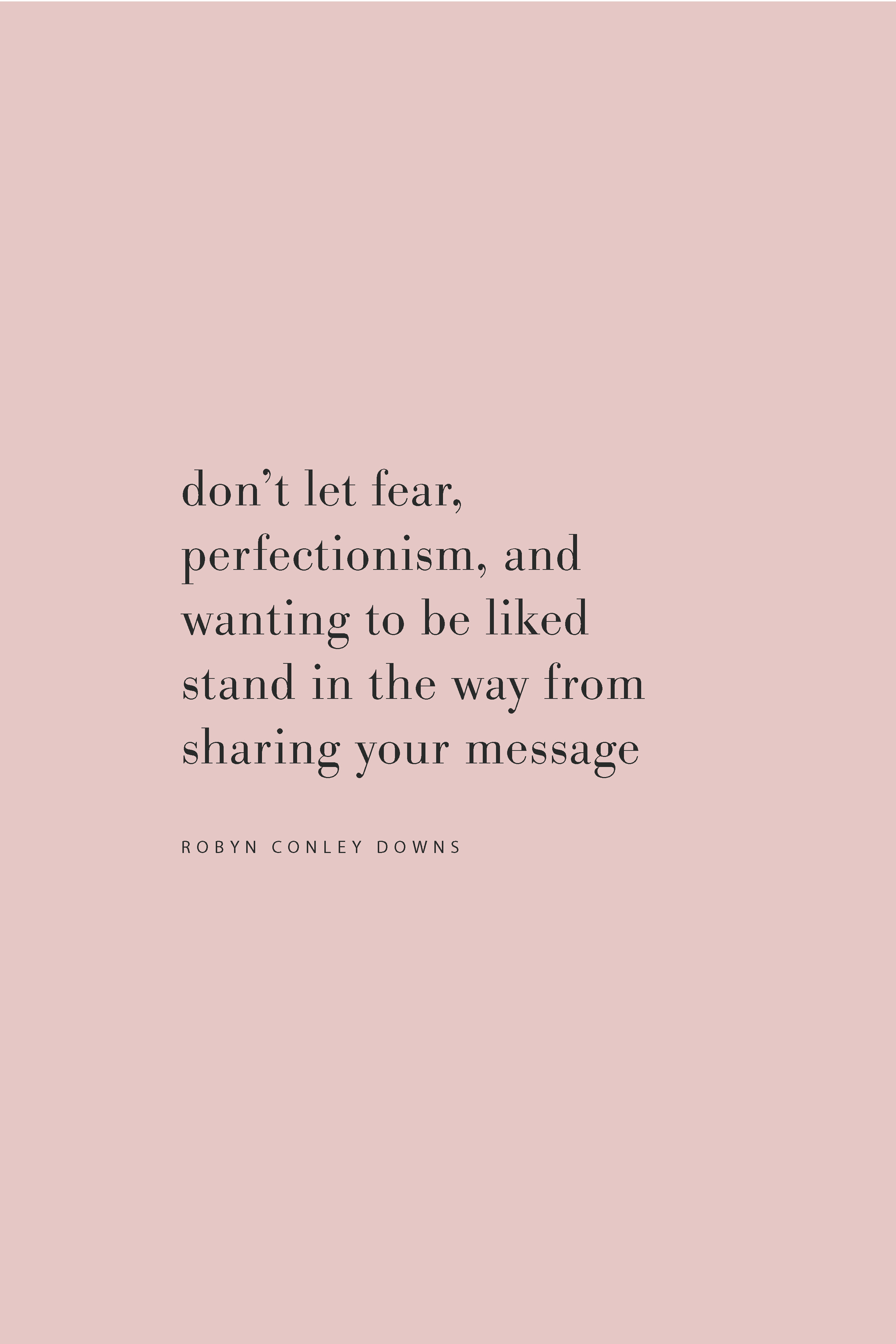 “This idea of being ubiquitous or appealing to everyone, that can’t always be the goal.” 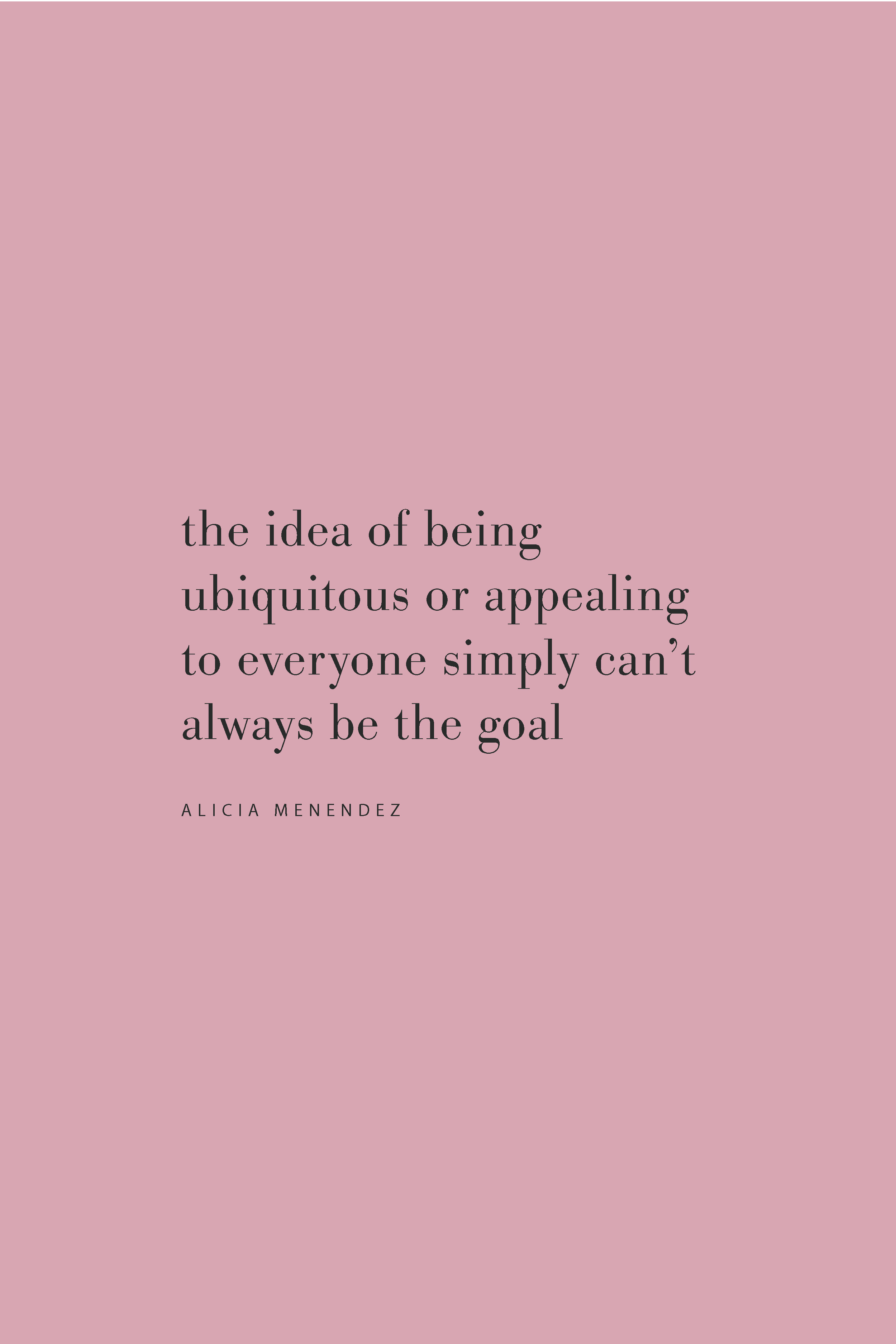 On Alicia’s self-care routine as a mom:

The second child is so different than the first child.

This time around, Alicia makes a point to work out for 45-minutes a day, she makes sure she washes her face at some point in the morning, brushes her teeth, puts on some moisturizer and SPF.

That for right now is Alicia taking care of herself.

She wants people to know that it’s okay to be a first-time parent and ask for help; you don’t have to do it all on your own.

What’s going on for Alicia now:

Her book, The Likeability Trap: How to Break Free and Own Your Worth, comes out this month.

Alicia is also planning to start anchoring a show at MSNBC (details to come!)

It is a lot of things that she’s wanted all happening at the same time.

Whenever she’s watched this kind of thing happen to someone else, there’s been a pang of envy and a pang of feeling like she’s not doing things right.

She wants anyone who might be feeling that way to know that she had to go underground for almost two years, put her head down, and do the work, and there were a lot of self-doubting moments.

These explosive moments of everything happening at once don’t tell the whole story.

“Being in touch with yourself and what you want and that can be what your body wants and needs, what your mind wants and needs, and being able to stand for that and articulate that to others. I think that is, for many of us, a lifelong struggle, but the closer I get to having that full alignment, the more in my own life I feel.”

Alicia Menendez is a MSNBC anchor and host of the Latina to Latina podcast. Previously the co-host of Amanpour & Co on PBS TV, her interviews and reporting have appeared on ABC News, Bustle, FusionTV, PBS, and Vice News. A native of Union City, New Jersey, Alicia is a graduate of Harvard College. She lives in New Jersey with her husband and two daughters. She is the author of THE LIKEABILITY TRAP: How to Break Free and Own Your Worth (HarperBusiness; On-sale: 11/5/2019).

For more about Alicia, visit: http://aliciamenendez.com/

The Likeability Trap: How to Break Free and Own Your Worth

« Previous PostMore Than Enough: A Practical Guide to Living with Less with Miranda Anderson
Next Post » How to Swap Calorie Counting for Simple Real Food with Sarah Adler