Do you want to know how to find your calling, to stay true, get paid, and do good? 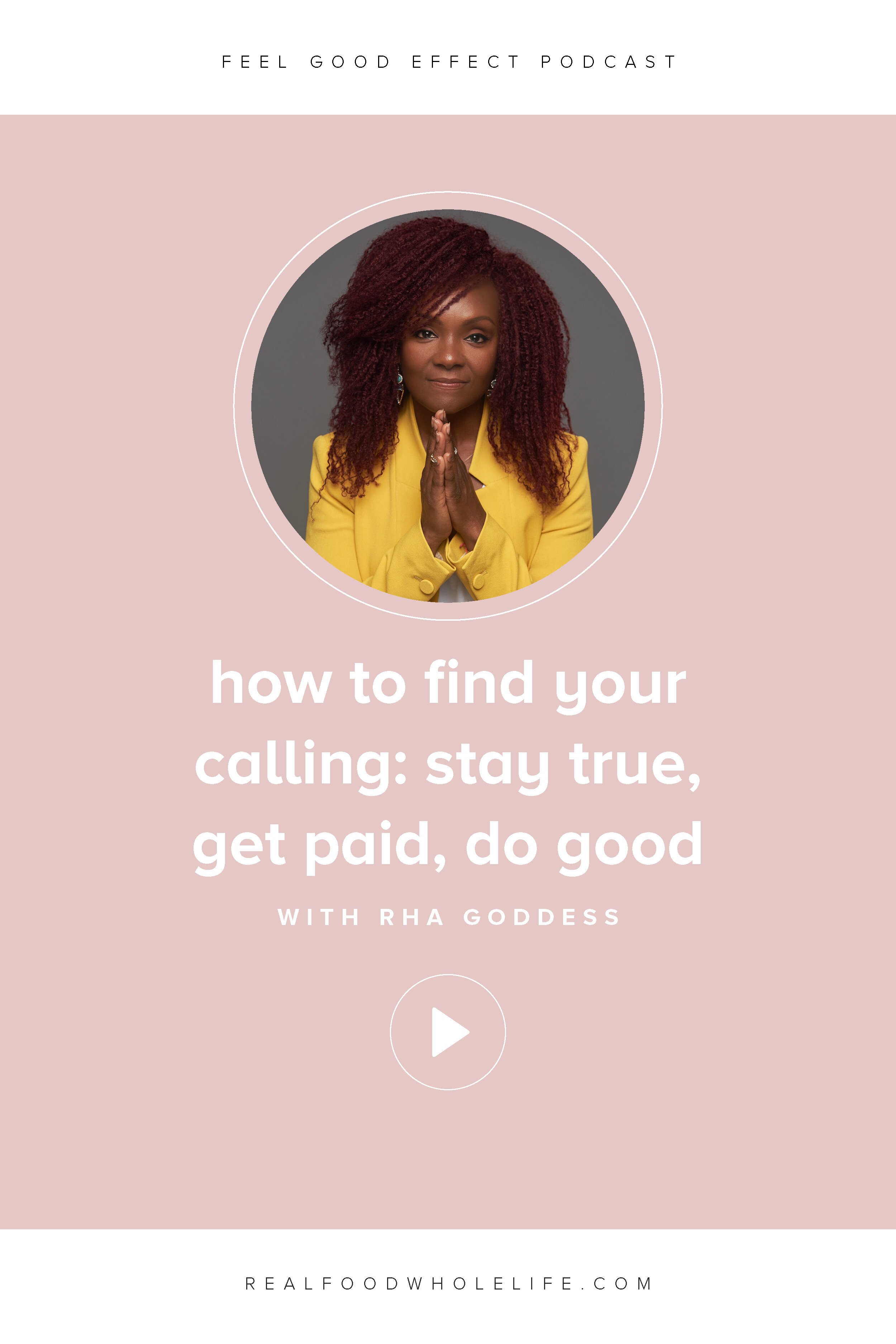 In this episode, Rha Goddess breaks down her new book, “The Calling”, which is really a step by step blueprint to finding your purpose.

Rha gives us the top three concerns people have about pursuing their passion and six steps to overcoming those mindset blocks. We talk about redefining success and the best way to go about cultivating a new idea.

It can be a journey, and for most of us it is.

Some of us have always known what we’re here to do, ideally with the right support and encouragement.

But many of us journey, struggle, and flounder.

We seek and it hides until we ultimately land in the center of our stream. 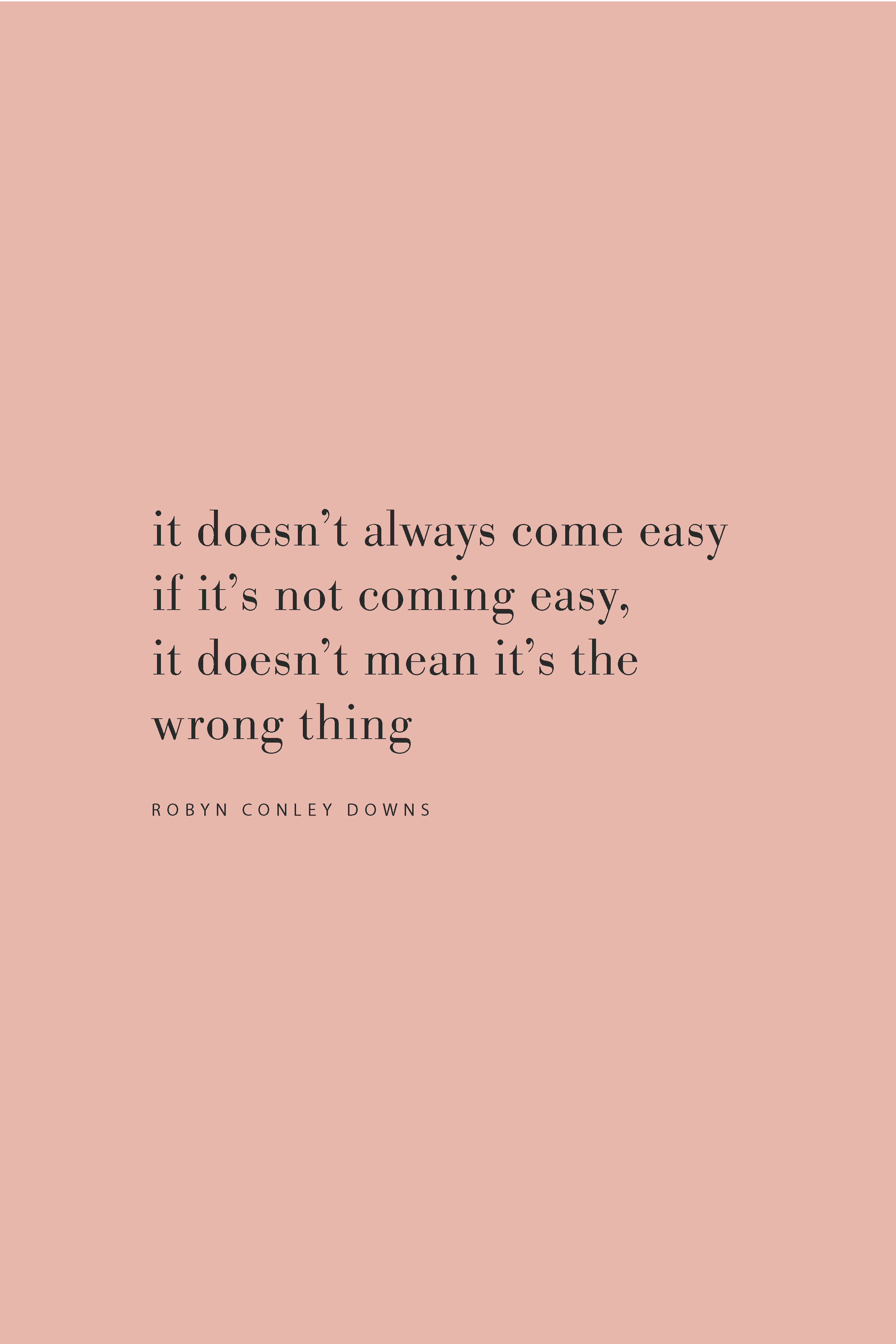 On what led Rha to write “The Calling”:

Rha describes herself as a “change of life baby”, born at the intersection of civil rights and hip hop.

Her parents were born in the 1920s, so the civil rights movement was very real for them in terms of fighting and standing for basic dignity, respect, access to education, and economic opportunities.

These ideas are embedded in Rha’s DNA and her upbringing.

In contrast, later on Rha was exposed to more of what was considered a success in this world.

She took the path that many take to get a respectable job, paycheck, where it doesn’t matter how we are treated.

It wasn’t until her life was on the line that she began to ask bigger questions about her life and her purpose.

It’s about our willingness to surrender at any given moment

“Surrender means letting go of any false perception that stands in the way of the highest truth of who you are and what it is that you’re here to do”. 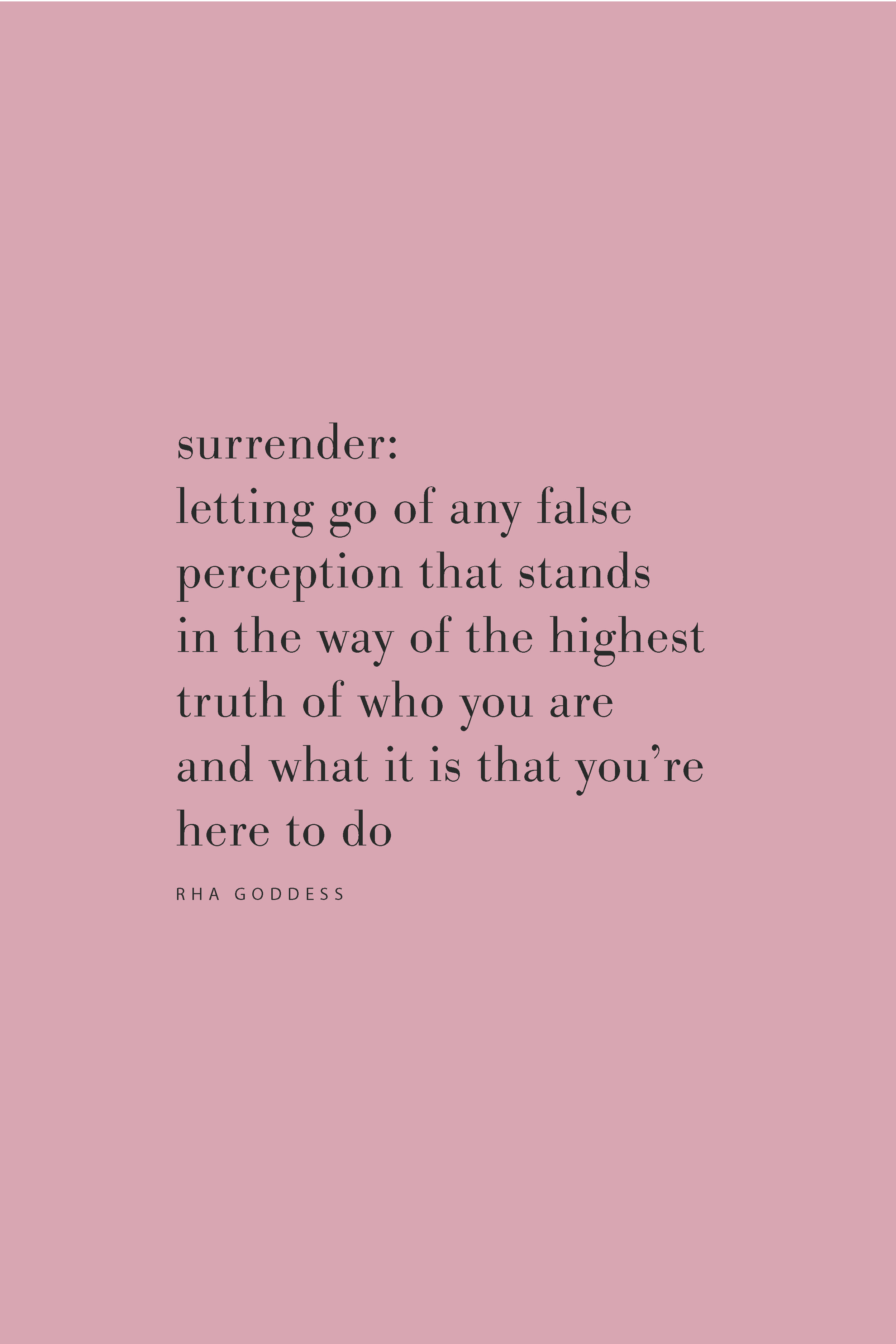 When we hear about success, often the narrative is about what you have to put on, who you have to become.

“Success is something that’s less about force, manipulation, and control, and much more about allowing and appreciating and recognizing, and honoring”.

Commit to listening to your own wisdom and coming back to your own intuition about what is really for you and what is not.

The opportunity is learning to listen. 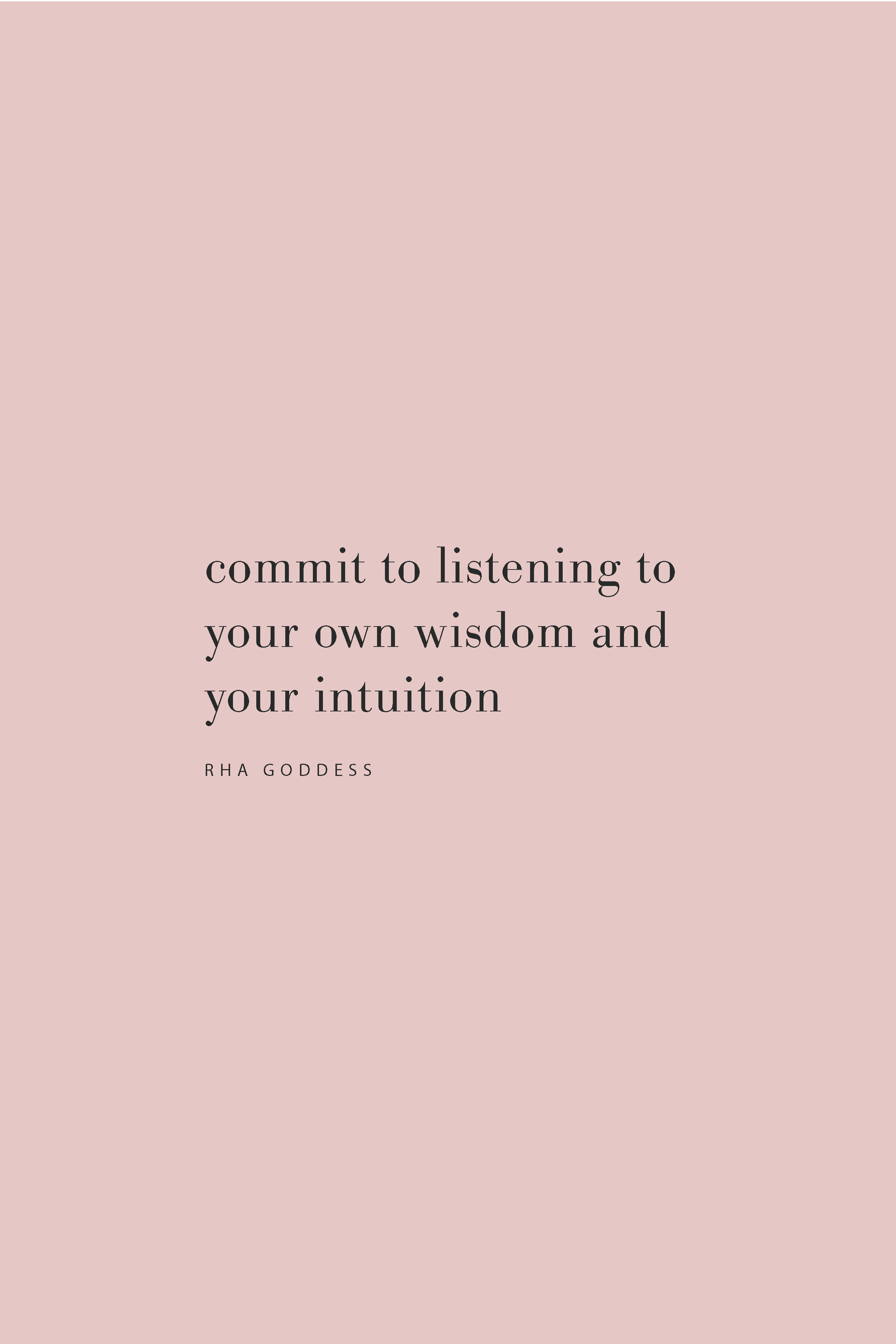 The three common concerns people have about pursuing their passion:

Rha created this book in response to seeing people often have the same three concerns about pursuing their passion.

This book is designed to address those concerns.

The first concern is often, “who, me?”

We think, who am I to deserve this, to want this, to have this, to aspire to achieve this?

We are often first and foremost dealing with our perception of self and what we think we are capable of.

The economic concern is often what takes people out of the game.

They don’t see a way to monetize their passion and purpose.

“When we look at all the ways that we’ve been indoctrinated about the state of our world, it feels ominous, overwhelming, untouchable, and impossible to shift. We often question the ability of our efforts to be impactful, and yet, that’s what we want more than anything in the world, to make a difference”.

On the steps in Rha’s book:

The layout of the book includes a six-step transformation protocol for each of the three sections.

Acceptance is about truthfulness and taking responsibility for your life.

If there is anything going on in your life that is not working for you, owning that you actually have the power to create a different reality or circumstance.

It’s also a willingness to give up the four blinding behaviors Rha identifies: complaining, blaming, justifying, and avoiding.

That’s where the invitation to let go occurs.

Letting go isn’t about letting others “off the hook”; it’s about releasing the grip that an experience may have on you and the way it continues to impede your progress.

You speak a new thing, how do you actually act in concert with the new thing?

This is soul work and it’s the process of doing good work, getting paid, and making a difference.

Getting past the mindset blocks:

Getting past our relationship with money and capitalism is imperative.

What we’ve ultimately given up is our right to participate in economy, the systems of sharing that are thousands of years old.

When we opt out, we have no possibility of creating systems and structures where more people can thrive and prosper, saying you have to suffer in order to be a contribution.

We’ve hung these narratives on iconic leaders of change but the truth is, even Mother Theresa and Martin Luther King leveraged resources toward their movements.

What was different for them was their relationship to resources, to opportunities, and possibilities and pathways were created.

They weren’t hung on needing material acquisitions to demonstrate their self-worth.

Money and self-worth were not connected.

In other words, there is inherent value in just being a human being

We all have the opportunity to create our own economies that are driven by our values.

Part of the revolution is being intentional

“At a deep, deep level, each of us has an opportunity and the right to determine what is enough for us”. 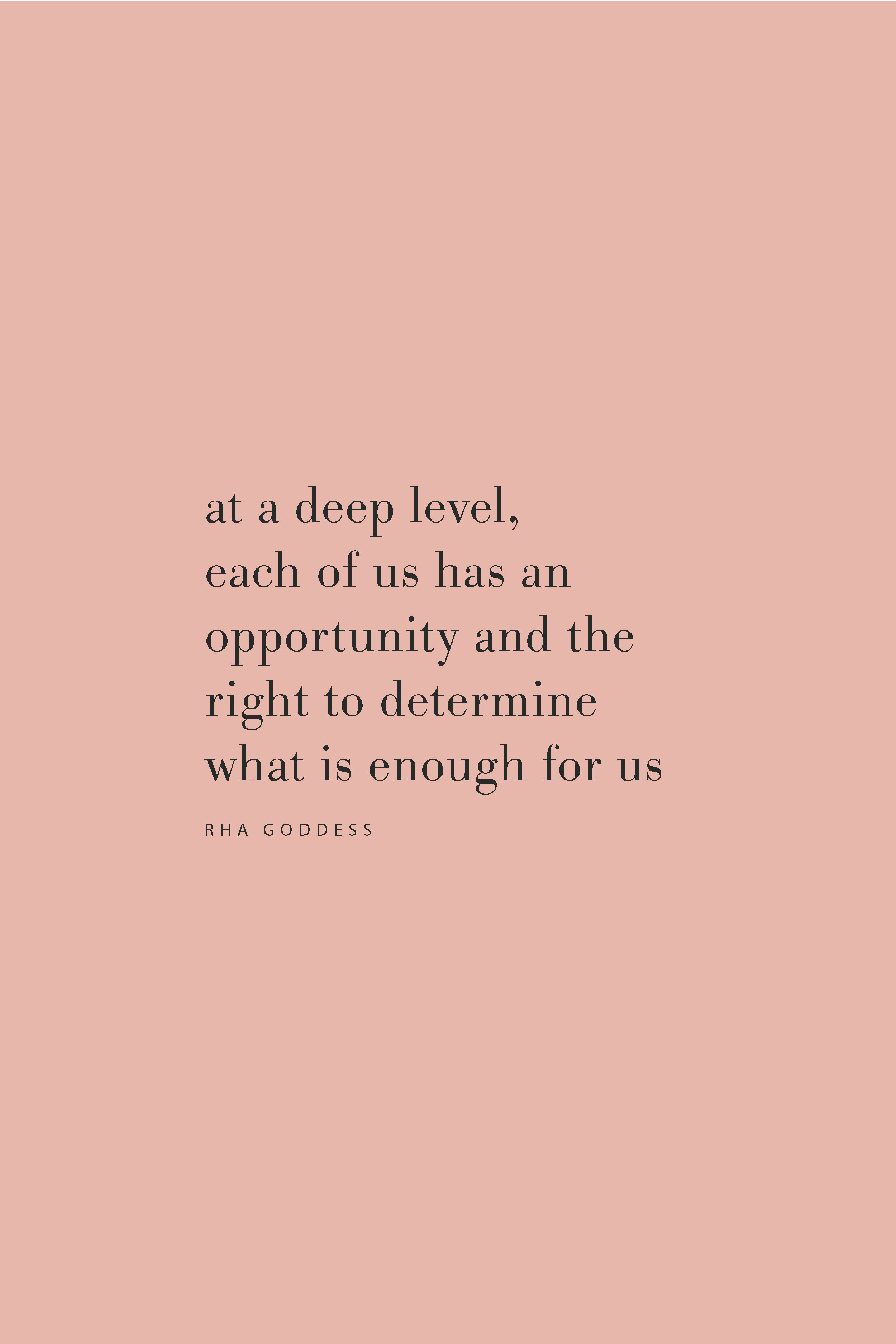 Our willingness to honor what is true for us, as opposed to the standard that is handed to us, in terms of what it means to ultimately be financially successful, is also important.

“It’s not your business if they don’t get it”.

When you are nurturing and cultivating a new idea, you need to treat it like it’s your baby.

Don’t ever let someone sell you their limitations. 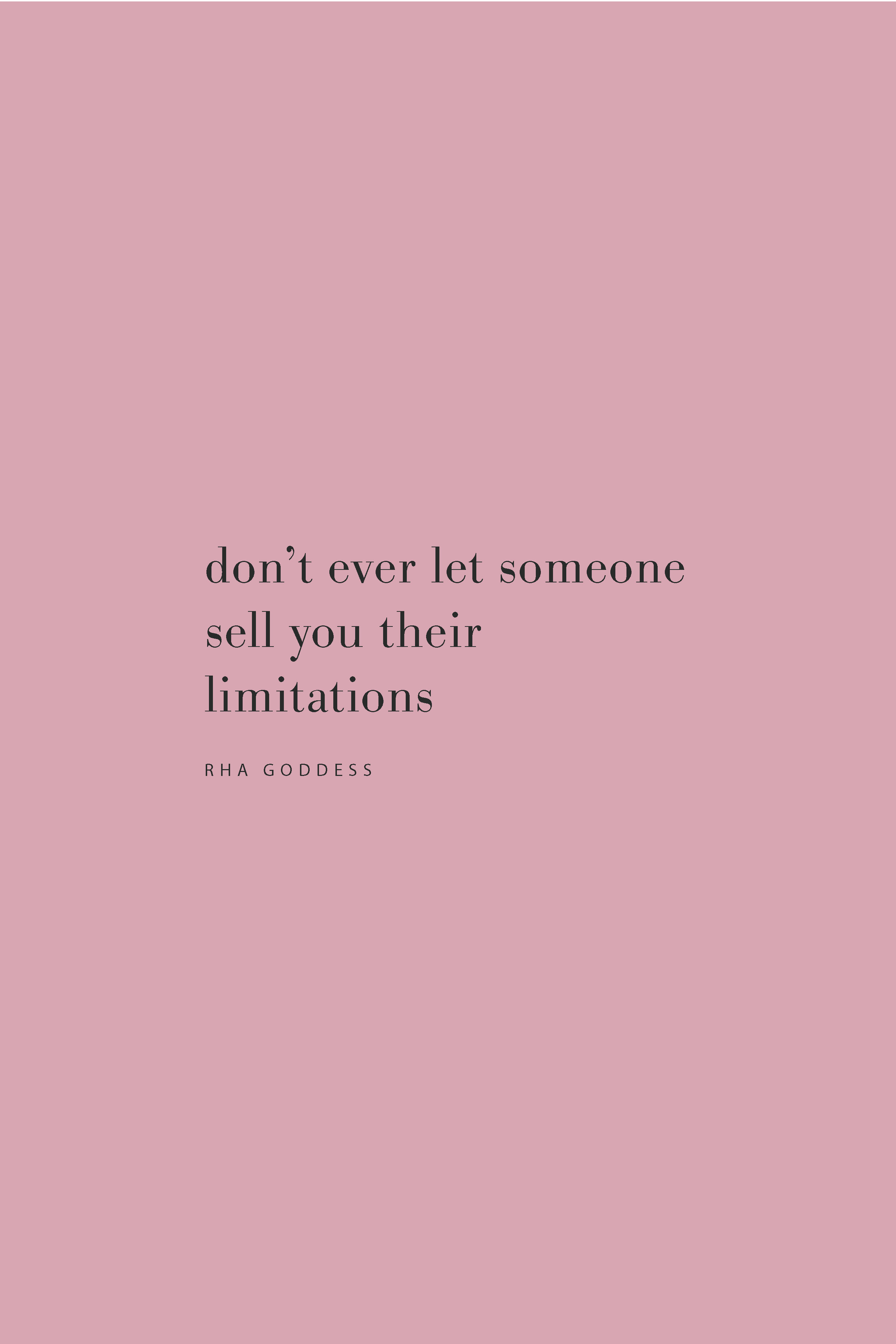 When you are creating something, it’s important to nurture and protect the growth and evolution of that idea, whether that means keeping it to yourself a little bit longer or sharing it in trusted environments.

Many people struggle with the validation of what they’re thinking, but the most successful people believe in themselves and their ideas.

We have to peel back layers of conditioning to get to a place where we can affirm ourselves and believe in our own creations.

On what Rha is most excited about right now:

Rha loves when people send her images of her book covered in notes and highlighter.

Her biggest request: beat the book up and don’t be precious with it.

Work with the book; it’s not a passive experience.

Rha wants everyone to know that it is possible for each of us.

This book is a blueprint, a step by step guide.

“Being aligned. Being trued up to your vision, your mission, your purpose. Being in the fullness of yourself and your soul. Being rooted in love, which is about a commitment to more life and more living for yourself and for everything that you touch. That our dedication and our commitment is to leave everything better than we found it, and that that is truly the place that we come from, and that we are stewards of that”.

Rha Goddess is the entrepreneurial soul coach behind hundreds of breakthrough changemakers, cultural visionaries and social entrepreneurs. From multiple NY Times Bestsellers to multi-million dollar social enterprises, Rha’s unique methodology has empowered a new generation of conscious entrepreneurs to stay true, get paid, and do good. From the onset of her more than 30-year career as a cultural innovator, social impact strategist and creative change agent, Rha has drawn on the power of creativity, culture and community to move hearts, minds and policy.  Rha’s work has focused on issues of racial justice and equality, electoral politics, offender aid and restoration, mental health and youth and women’s empowerment and contributed to initiatives that have impacted millions of lives. Her work has been featured in Time Magazine, Ms Magazine, Variety, Essence, the Source, Redbook, Forbes, Fast Company and the Chicago Tribune, among others. In 2014, Rha was chosen as a Top 10 Game Changer by Muses & Visionaries Magazine. In 2017 Rha was chosen as one of 50 Founders to watch by Essence Magazine. Additional awards and honors include Meet The Composer, the NPN Creative Fund, a semi-finalist for Do Something’s Brick Award and a two time semi-finalist for Leadership for a Changing World (nominated by Eve Ensler).

As a sought-after speaker, Rha has led the conversation around a “whole self” approach to entrepreneurship as key to a more just, harmonious and sustainable economy and culture.  She has presented at SOCAP, Bioneers, SVN, Women Donors Network, High Performance Academy, Equity Now, Netroots Nation, TedX BroadStreet, Emerging Women, Women and Power, S.H.E. Summit and more.  As CEO of Move The Crowd, Rha is galvanizing a movement of 3 Million entrepreneurs dedicated to re-imagining “work” as a vehicle for creative expression, financial freedom and societal transformation. Rha’s book, The Calling (St. Martin’s Press) leverages her unique methodology into a step by step blueprint for finding your purpose and making your most profitable contribution.

The Calling: 3 Fundamental Shifts to Stay True, Get Paid, and Do Good

Join Rha at Kripalu to go deeper into the messages of the book:

Comments Off on How to Find Your Calling: Stay True, Get Paid, Do Good with Rha Goddess Leave a comment »

« Previous PostThe ONE Thing I Do Every Sunday: A Peek Inside My Self-Care & Productivity Routine
Next Post » How to Stabilize Blood Sugar & Balance Hunger Hormones with Kelly LeVeque